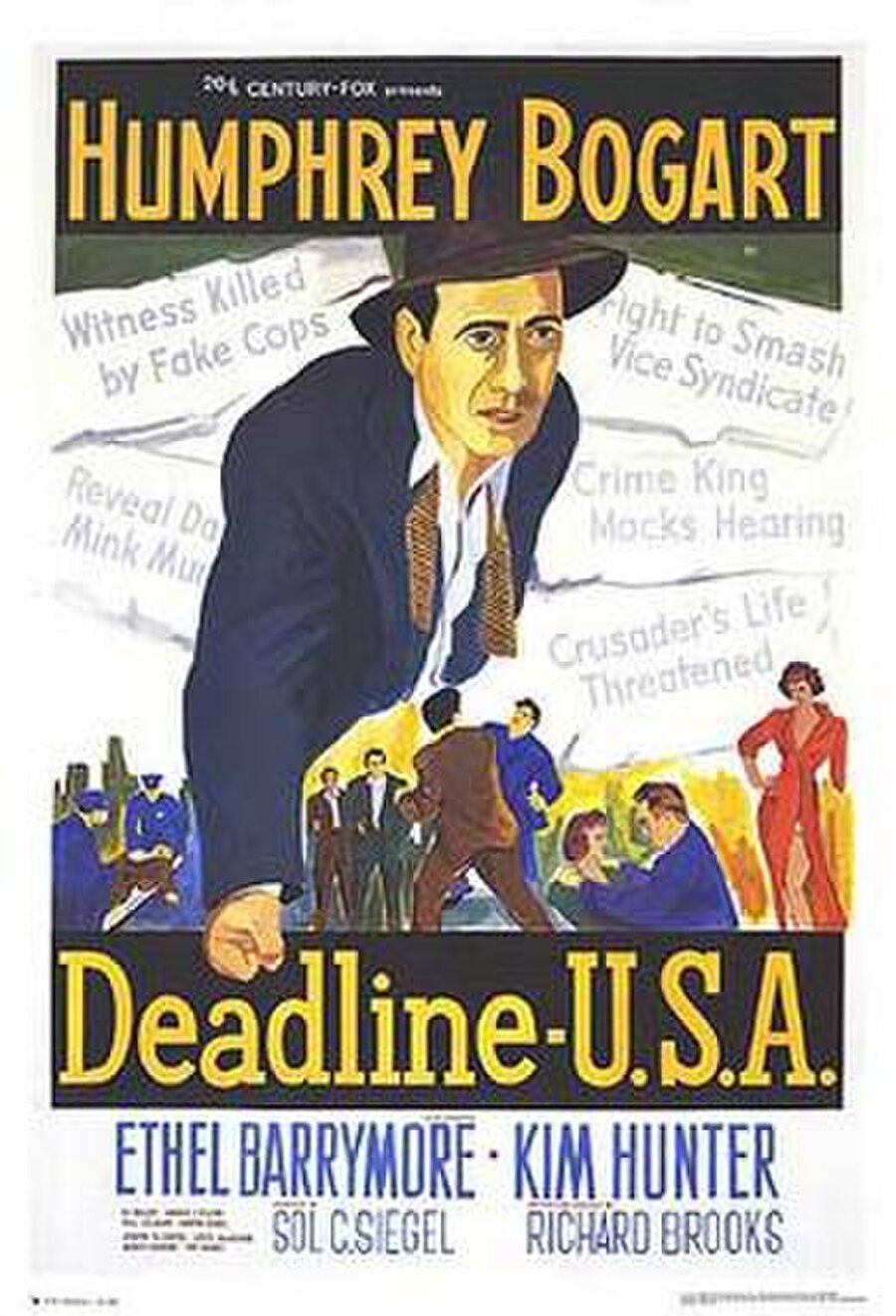 Deadline – U.S.A. is a 1952 American film noir crime film and starring Humphrey Bogart, Ethel Barrymore and Kim Hunter, written and directed by Richard Brooks. It is the story of a crusading newspaper editor who exposes a gangster's crimes while also trying to keep the paper from going out of business, and contains a subplot of him trying to reconcile with his ex-wife.

Ed Hutcheson (Humphrey Bogart) is the crusading managing editor of a large metropolitan newspaper called The Day. He is steadfastly loyal to publisher Margaret Garrison (Ethel Barrymore), the widow of the paper's founder, but Mrs. Garrison is on the verge of selling the newspaper to interests who plan to permanently cease its operation.