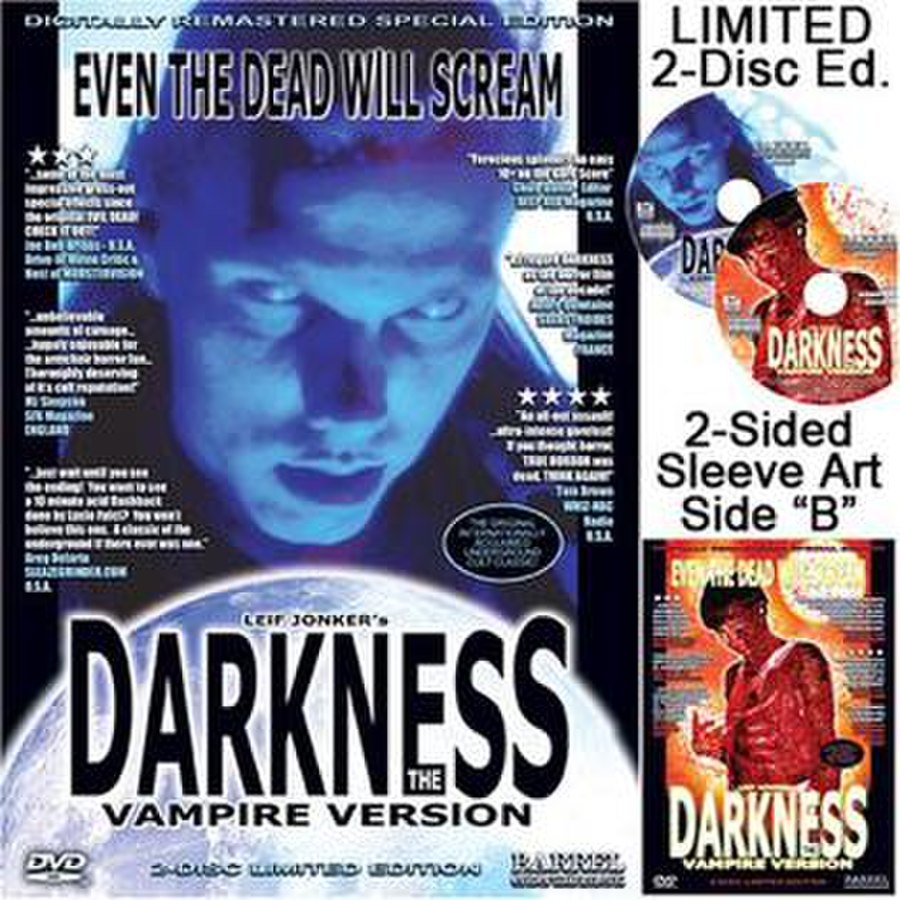 Darkness, also known as Darkness: The Vampire Version and Leif Jonker's Darkness, is a 1993 American independent horror film written, produced, edited and directed by Leif Jonker and starring Gary Miller, Randall Aviks and Mike Gisick. The film was heavily circulated on the underground horror circuit and is famous for having a large number of exploding heads in it, more than any previous film of the genre. The special effects were created by Leif Jonker and Miller, who plays a vampire hunter.