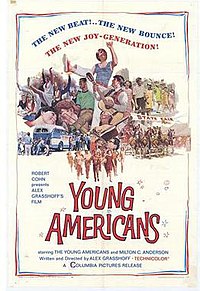 Young Americans is a 1967 documentary film directed by Alexander Grasshoff and chronicling the travel experiences of The Young Americans choir. It was given an Academy Award in 1969, though it was revoked because it was released in 1967 and was thus ineligible, the only film in history to have done so.