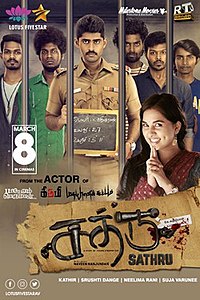 Kathiresan is an honest and rightful cop. His passion in his work and honesty leads to him being brutal to the culprits. His way of inquiry is way too harsh. This causes his colleagues and higher officials to show faces to him. Kathir is from a middle-class family. His father is an ex-military official. His elder brother Viswa is an army man. He lives with his sister-in-law, father, and niece Shruthi. Kathir has a girlfriend named Darshini, who is his sister-in-law's cousin.