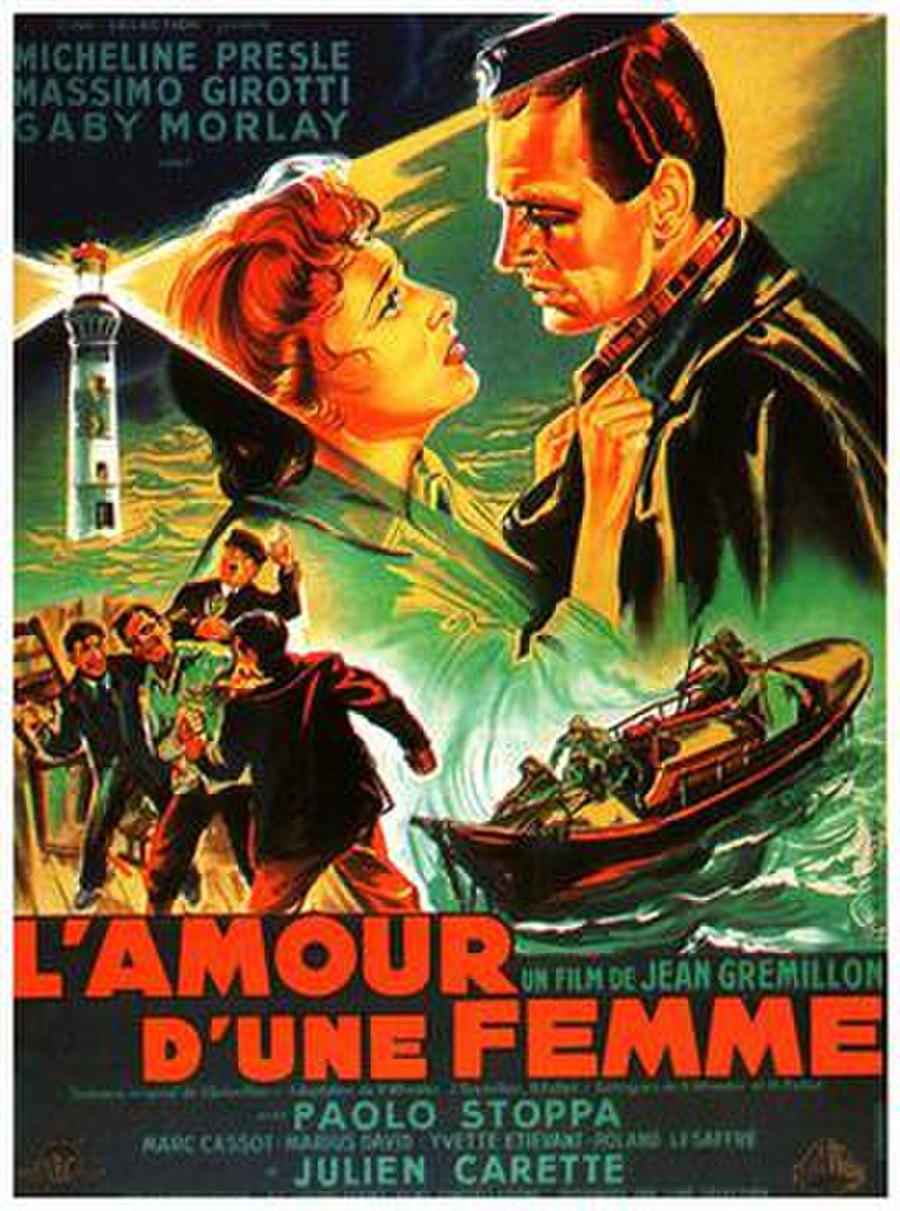 The Love of a Woman (French: L'amour d'une femme, Italian: L'amore di una donna) is a 1953 French-Italian drama film directed by Jean Grémillon and starring Micheline Presle, Massimo Girotti and Gaby Morlay. It was Grémillon's final feature film as director, although he made a handful of documentaries and short films.

A young female doctor settles in a village on an island off the coast of Brittany, where she engages in a relationship with an engineer working on a project on the island.