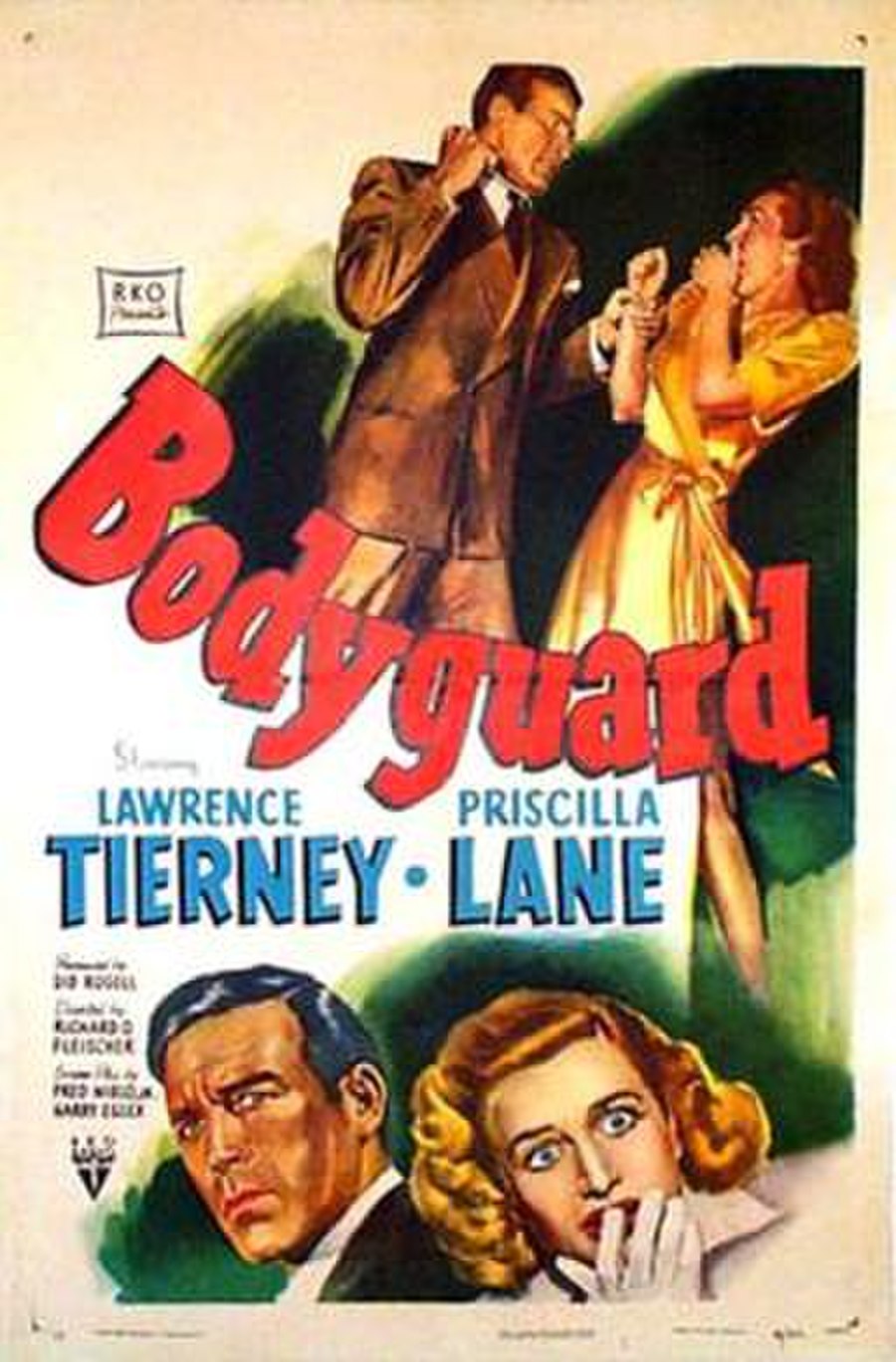 Bodyguard is a 1948 American film noir directed by Richard Fleischer and written by Fred Niblo Jr.and Harry Essex. It is based on a story written by George W. George and Robert Altman. The drama features Lawrence Tierney and, in her final screen appearance, Priscilla Lane.

After being put on suspension at the LAPD, Mike Carter punches his lieutenant and quits in disgust. A few days later, at a baseball game, he is approached by Fred Dysen, who wants to hire Carter as a bodyguard for his aunt, Jean Dysen, a widow and head of Continental Meat Packing Corp. Carter refuses. Later, at his apartment, an envelope is slipped under the door with $2000 in it. Carter rushes out, but the person who did it is already gone.