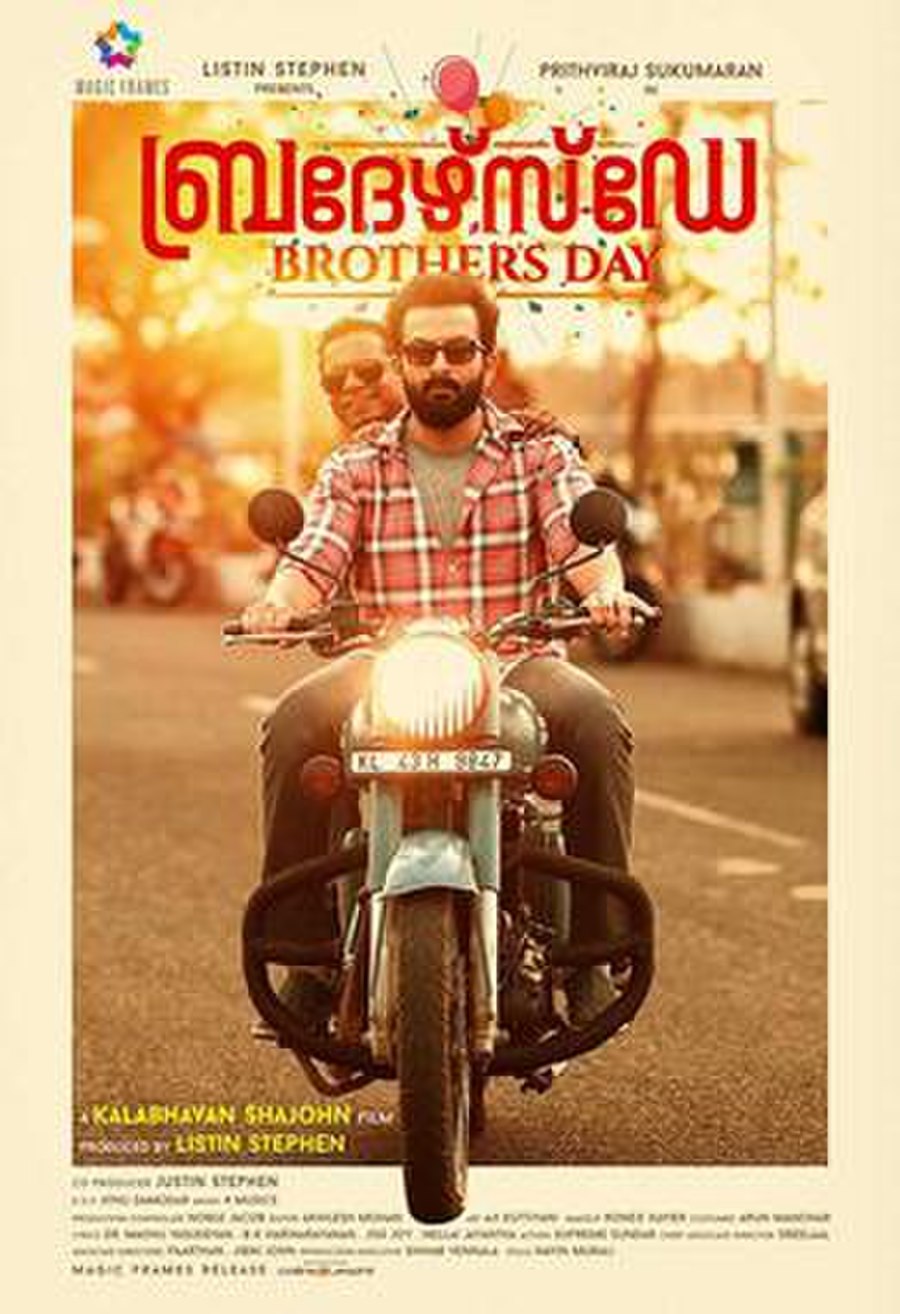 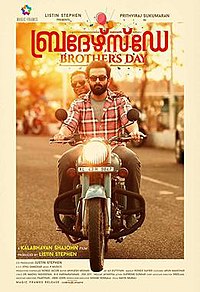 Brother's Day is a 2019 Indian Malayalam-language family thriller film written and directed by Kalabhavan Shajohn in his directorial debut. Produced by Listin Stephen, the film stars Prithviraj Sukumaran, Prasanna, Aishwarya Lekshmi, Madonna Sebastian, Prayaga Martin and Miya George. The film marks the debut of Prasanna as actor and Dhanush as singer and lyricist in Malayalam cinema. Music for the film was composed by 4 Musics.

The film opens with a young boy named Shiva from a small village in Tamil Nadu. He lives along with his pregnant mother and his stepfather who always taunts him. His mom passed away giving birth to a baby girl. He named her Peeli. His father became an alcoholic and didn't care about Peeli. Shiva looked after his sister and she was more attached to her brother. One day, a friend of his father's tries to rape Peeli but Shiva intervenes. He kill that man and his father after he found out that this had happened with his father's consent. Shiva ran away as people came to know about the murder. Present day, Ronny (Prithviraj) works in a catering company owned by Joy (Kottayam Nazir). Rony lives with his sister Ruby (Prayaga Martin), who is bed ridden due to some serious health issue. Rony meets Jema during a wedding occasion and Rony feels an affection towards her. One day Rony meets an unexpected guest Chandy (Vijayaraghavan) and they become very close, however, Chandy does not disclose his true identity. Over time Chandy discloses his identity and introduces his daughter Santa (Aishwarya Lekshmi) who is actually Peeli who was adopted by Chandy. When Santa meets Rony, a lot of unexpected events follow. Parallel to this Siva and his honeytrappings are also revealed. Thaneesha is one of the few he had honeytrapped.The link between Siva,Thaneesha,Santa,Rony and Ruby makes the rest of the movie.