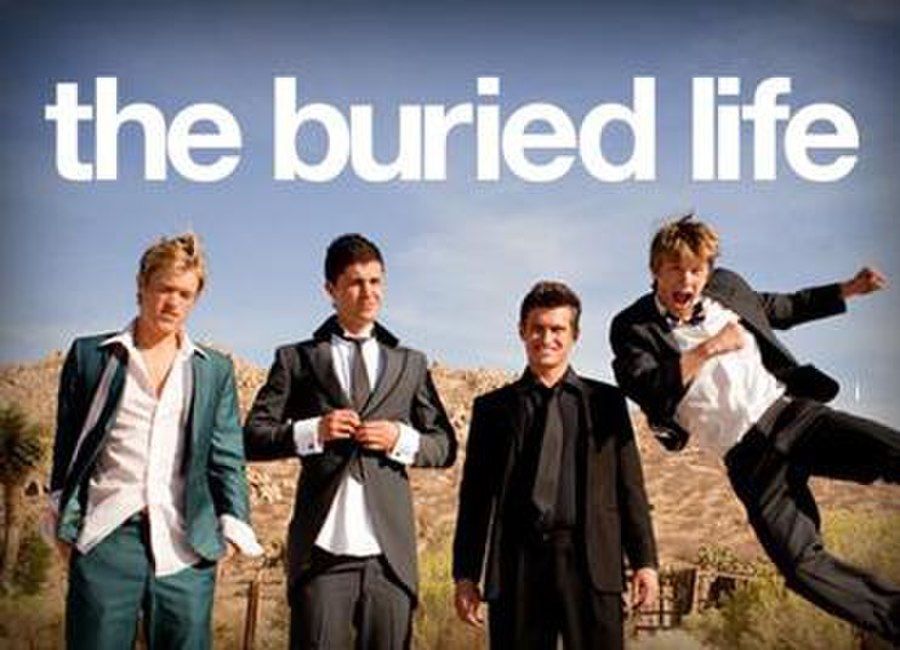 The Buried Life is a reality documentary series on MTV. The series features Duncan Penn, Jonnie Penn, Ben Nemtin, and Dave Lingwood attempting to complete a list of "100 things to do before you die." The pilot episode aired on January 18, 2010, and the show was renewed for a second season in 2010. On Oct 25, 2011, The Buried Life announced they wouldn't be doing any more episodes of the show. Shortly after their show's cancellation, the creators said they were working on a "new and improved" show for the network based on the premise of the original series. No new details on a new series have since been released.

The series focuses on four friends (Ben, Duncan, Jonnie and Dave) as they travel across North America in a purple transit bus named "Penelope" to complete a list of "100 things to do before you die." For every item they try to complete on their list, they help a stranger achieve one of their dreams and encourage others to go after their own lists. The series centered around the question: "What do you want to do before you die?" They have crossed off most of the numbers on their list. Episodes included completing tasks ranging from asking a girl out to surviving on a desert island.