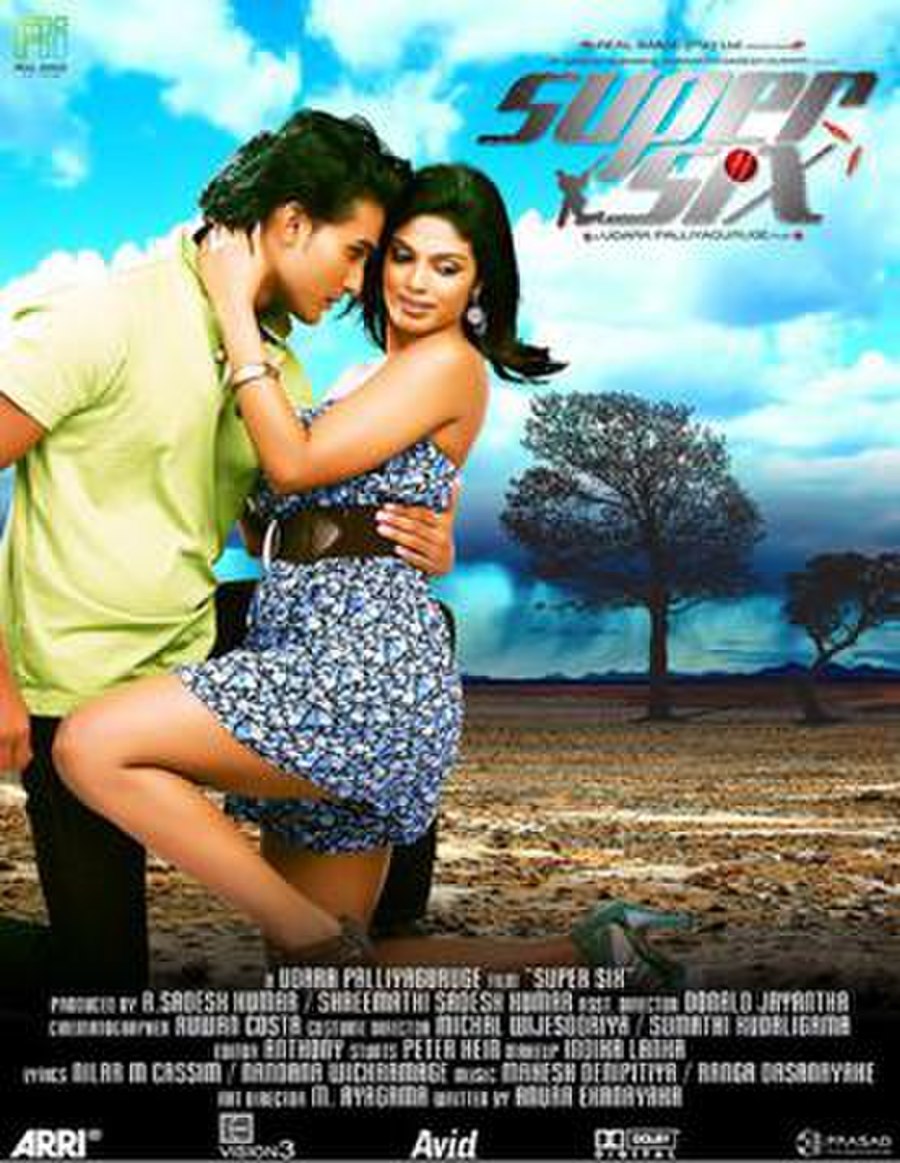 Super Six , is a 2012 Sri Lankan coming-of-age sports comedy film directed and produced by Udara Palliyaguruge for Real Image Films. The film stars Hemal Ranasinghe and Saranga Disasekara in lead roles along with Aruni Rajapaksha, Roshan Ranawana, Pubudu Chathuranga and Paboda Sandeepani in supportive roles. Music composed by Mahesh Denipitiya. It is the 1174th Sri Lankan film in the Sinhala cinema. It is a remake of the 2007 Kollywood film Chennai 600028.

Super Six is based a group of friends who live in an enclosed apartment, crazy about nothing but cricket, thinking of playing in a six-a-side tournament. They do many things to keep their team as the best ever six-a-side team, but the mischievous behavior of each and every one causes problems within the team. After the joining of the rival team captain, Jude, the story takes an unexpected twist.