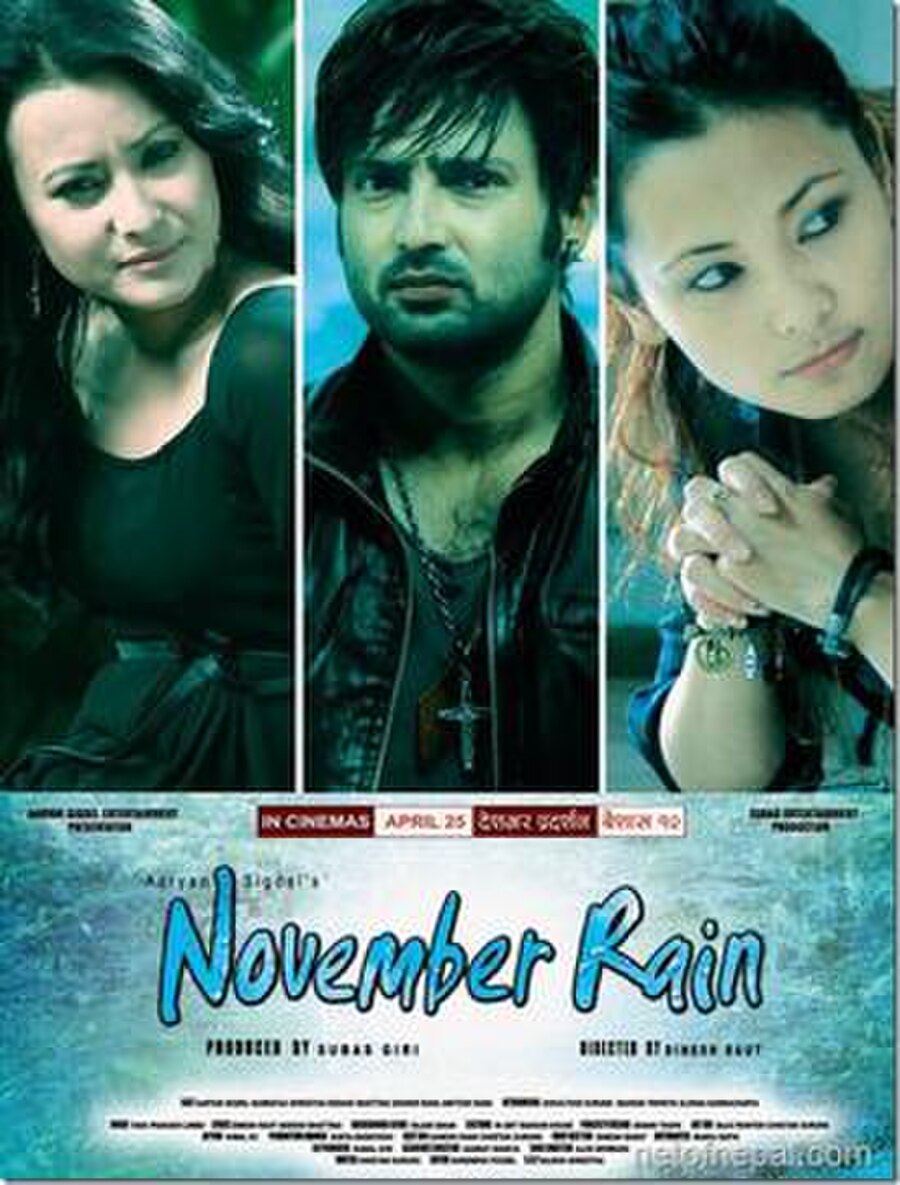 November Rain is a Nepali language film directed by Dinesh Raut and produced by Aaryan Sigdel and Sunil Giri. The movie features unusual rain in November that brings change in life of Aayush (Aaryan Sigdel) and Sheetal (Namrata Shrestha). It was released in 2014 worldwide.

Sheetal (Namrata Shrestha) was a heart patient from birth. In order to save her and keep her last wish of life, Dr. Sharma (Sheetal's Dad) played by Amitesh Shah, illegally swaps the heart of Sheetal with Aayush (Aaryan Sigdel) who was born the same day claiming Aayush dead to his real parents. However, a nurse adopts Aayush and raises him in Dharan. After the death of the nurse, Aayush finds out that she is not his real mother and travels all way to Kathmandu to find Dr. Sharma and know the truth.