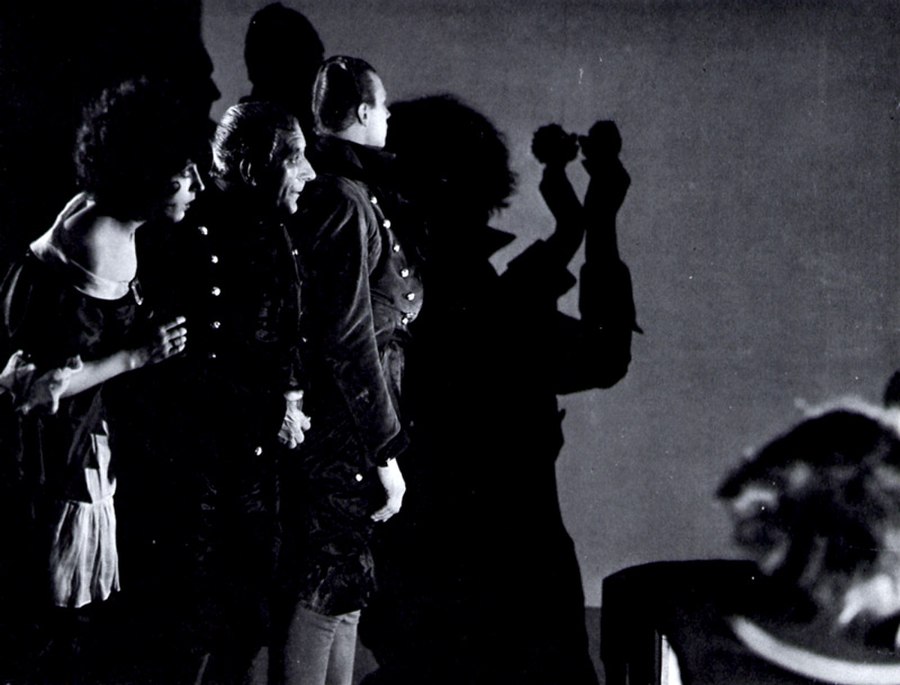 During a dinner given by a wealthy baron and his wife, four of her suitors attend the 19th century German manor. A shadow-player rescues the marriage by giving all the guests a vision of what might happen if the baron stays jealous and the suitors do not reduce their advances towards his beautiful wife. Or was it a vision?