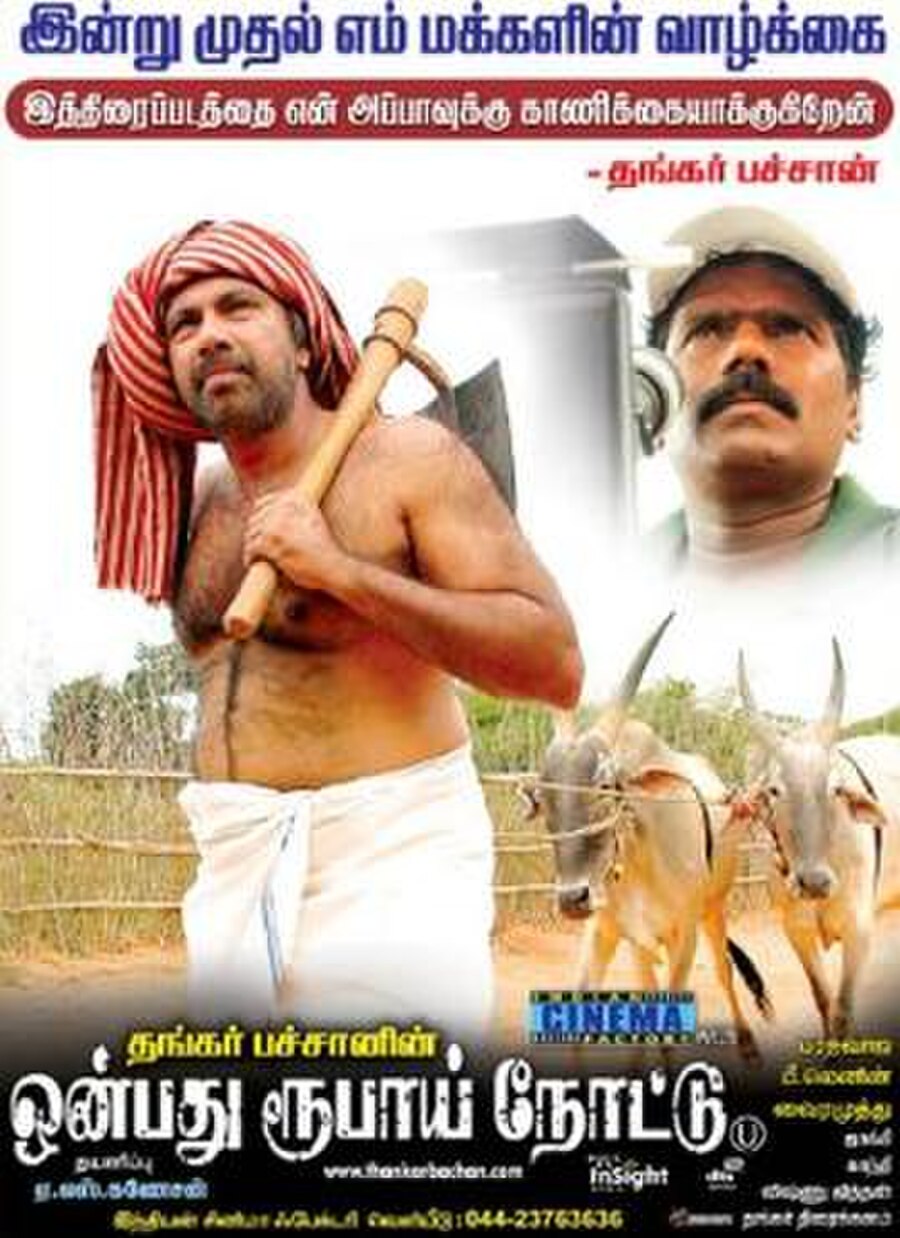 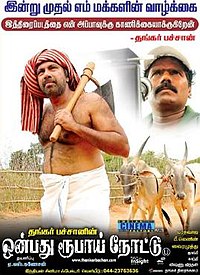 Onbadhu Roobai Nottu is a 2007 Tamil drama film directed by Thangar Bachan, based on Bachan's own same-titled novel. It depicts the tragic life and fall of Madhava Padayachi, a simple villager, played by Sathyaraj, and his family. Also starring Archana, Nassar and Rohini in supporting roles, the film was released on 30 November 2007 to high critical acclaim and was praised as one of the best movies in tamil cinema.

A 70-year-old man, Madhava Padayachi (Sathyaraj), meets his old friend's 23-year-old son Murugan in Chennai, who was leaving for their native village for his father's death day rites. Padaychi has been away from his village for 12 years and narrates his exile life to Murugan. Murugan feels for Madhava, who was a rich farmer long time back in his village and takes him along by bus.