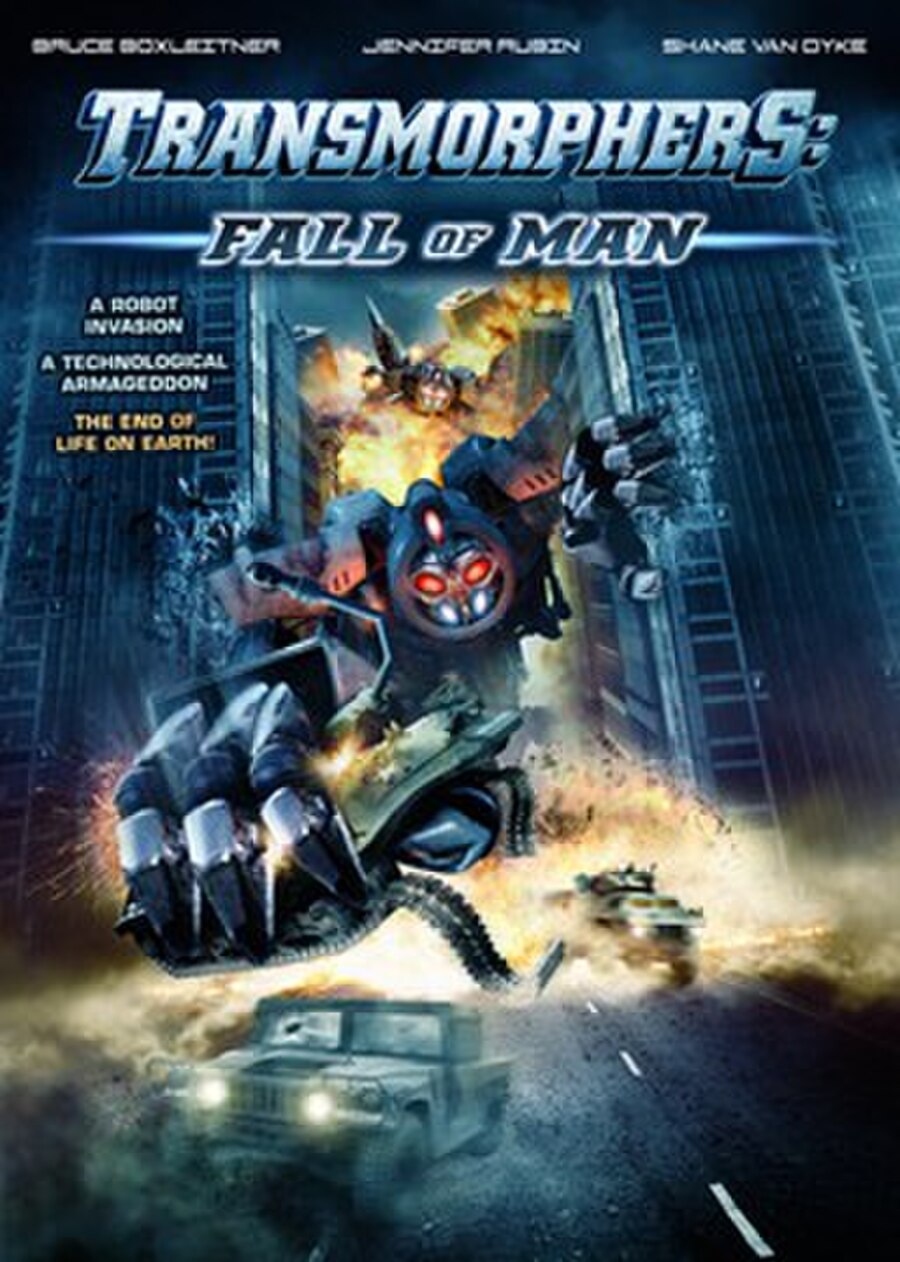 Transmorphers: Fall of Man (previously known as Transmorphers 2) is a 2009 direct-to-DVD science fiction film produced by the American film studio The Asylum. It is a prequel to the 2007 film Transmorphers.

Taking place 300 years prior to the events of the first film in present-day 2009, the narrator describes how the government knew what was happening. A woman is seen driving recklessly on a California highway while arguing over her cell phone. Police officer Ryan Hadley (Bruce Boxleitner) pulls her over and gives her a warning. The man calls her back, but she tells him off and throws the phone down; the phone then transmorphs into a robotic spider that attacks and kills her.