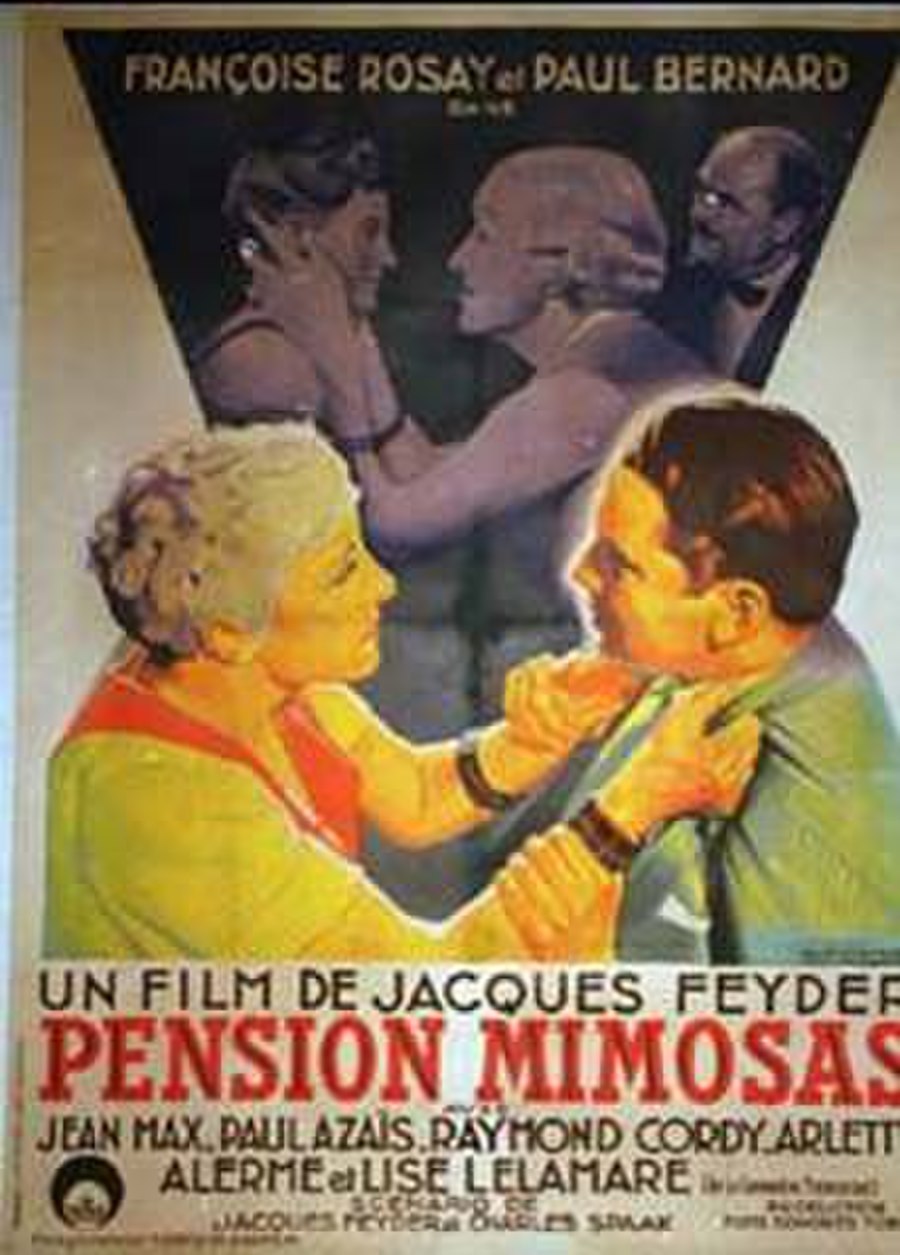 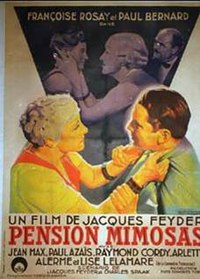 Pension Mimosas is a 1935 French drama film directed by Jacques Feyder. Based on an original scenario by Feyder and Charles Spaak, it is a psychological drama set largely in a small hotel on the Côte d'Azur, and it provided Françoise Rosay with one of the most substantial acting roles of her career. It was produced by the French subsidiary of the German company Tobis Film.

1924. Louise Noblet keeps a small hotel, the Pension Mimosas, on the Côte d'Azur in the south of France, with her husband Gaston who is also a supervisor in local casino. Many of their clientele are luckless gamblers hoping for success in the local casino. Childless themselves, Louise and Gaston have been bringing up the young Pierre while his father serves a prison sentence, but they are dismayed when the father is released early and comes to take back his son.