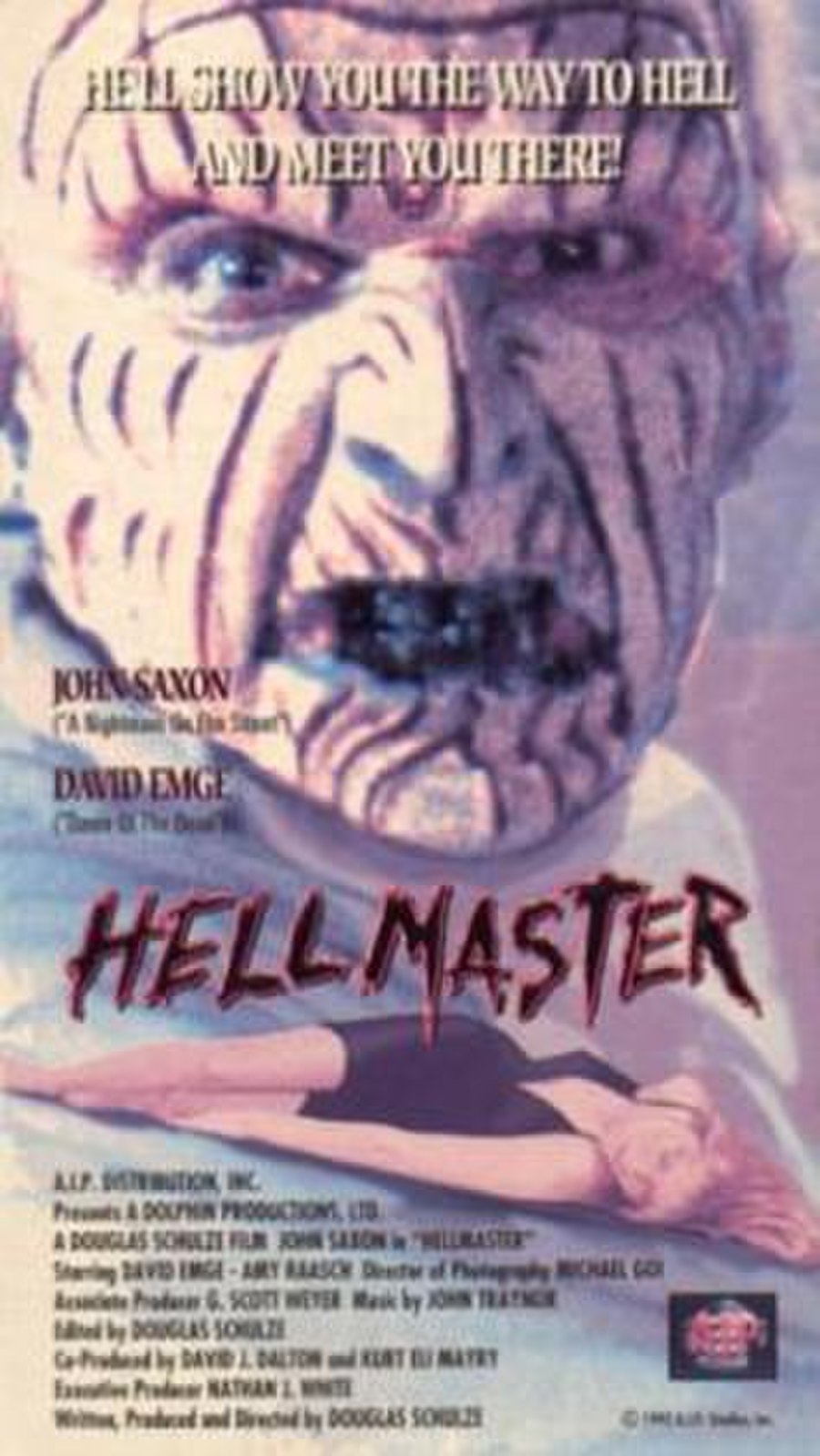 Hellmaster (also known as Soulstealer) is a 1992 American horror film written and directed by Douglas Shulze, and starring John Saxon. The plot follows a psychotic college professor who uses unsuspecting students as laboratory rats, injecting them with a drug that mutates them into brutal killers.

Part of a secret government eugenics project, crazed biochemistry professor Jones (John Saxon) committed terrible crimes on his college campus in the late 1960s before one of his colleagues burned the college to put a deadly end to his spree. Jones is presumed dead, but a series of murders twenty years later raises questions of whether he has somehow managed to return. In actuality, Jones's drug experiments have turned him into a superhuman. Having teleported himself to safety during the fire, he has been living underground continuing his experiments. With an injection, he is able to turn people into mutants who will follow his will. With the help of his zombie-like army, Jones plans to access his stores of his "Nietzsche Drug" in the catacombs beneath the campus. Standing against him are three people: a psychic, a reporter and a woman who has already survived one supernatural attack. The psychic determines that she herself must take the Nietzsche Drug so she can face the mad professor and his mutant slaves.