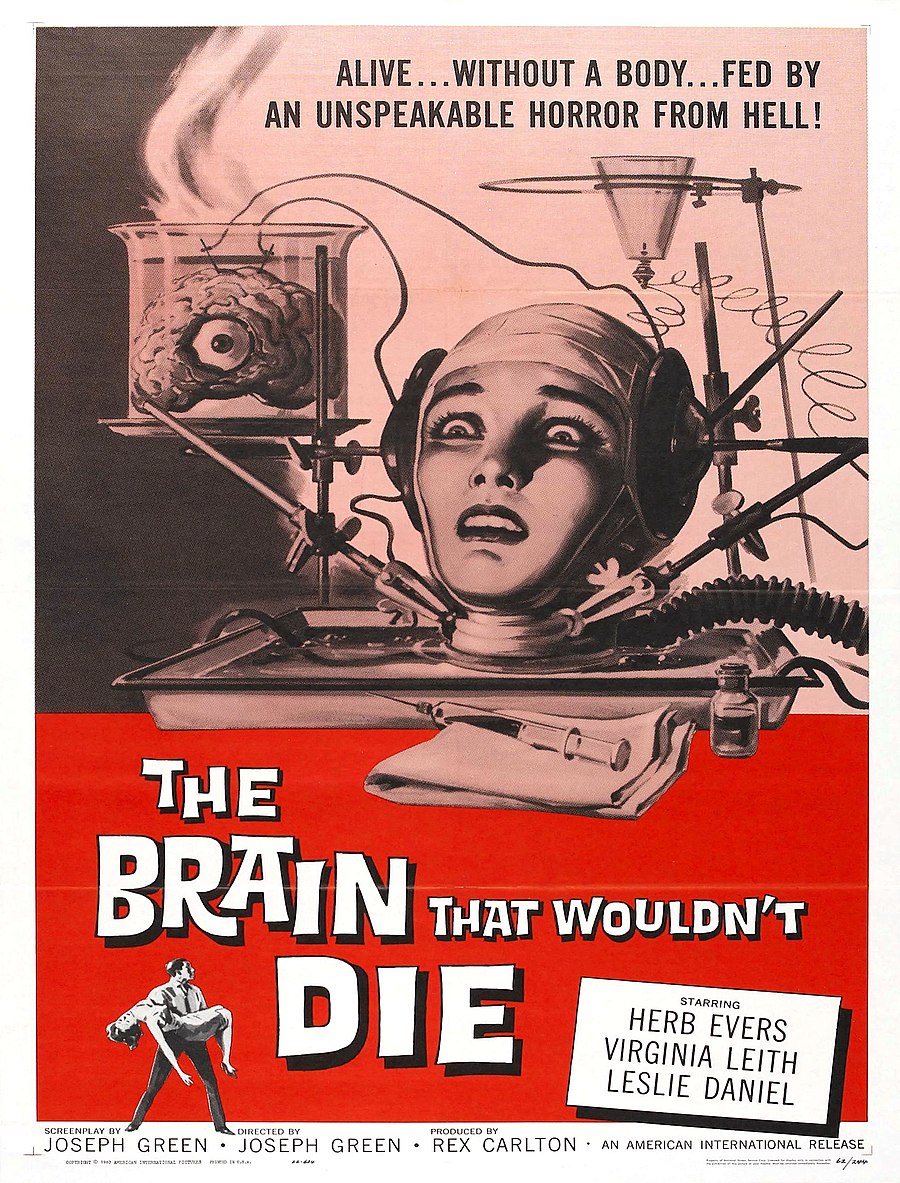 The Brain That Wouldn't Die (also known as The Head That Wouldn't Die or The Brain That Couldn't Die) is a 1962 American science fiction horror film directed by Joseph Green and written by Green and Rex Carlton. The film was completed in 1959 under the working title The Black Door but was not theatrically released until May 3, 1962, when it was released under its new title as a double feature with Invasion of the Star Creatures.

Dr. Bill Cortner saves a patient who had been pronounced dead, but the senior surgeon, Cortner's father, condemns his son's unorthodox methods and transplant theories.