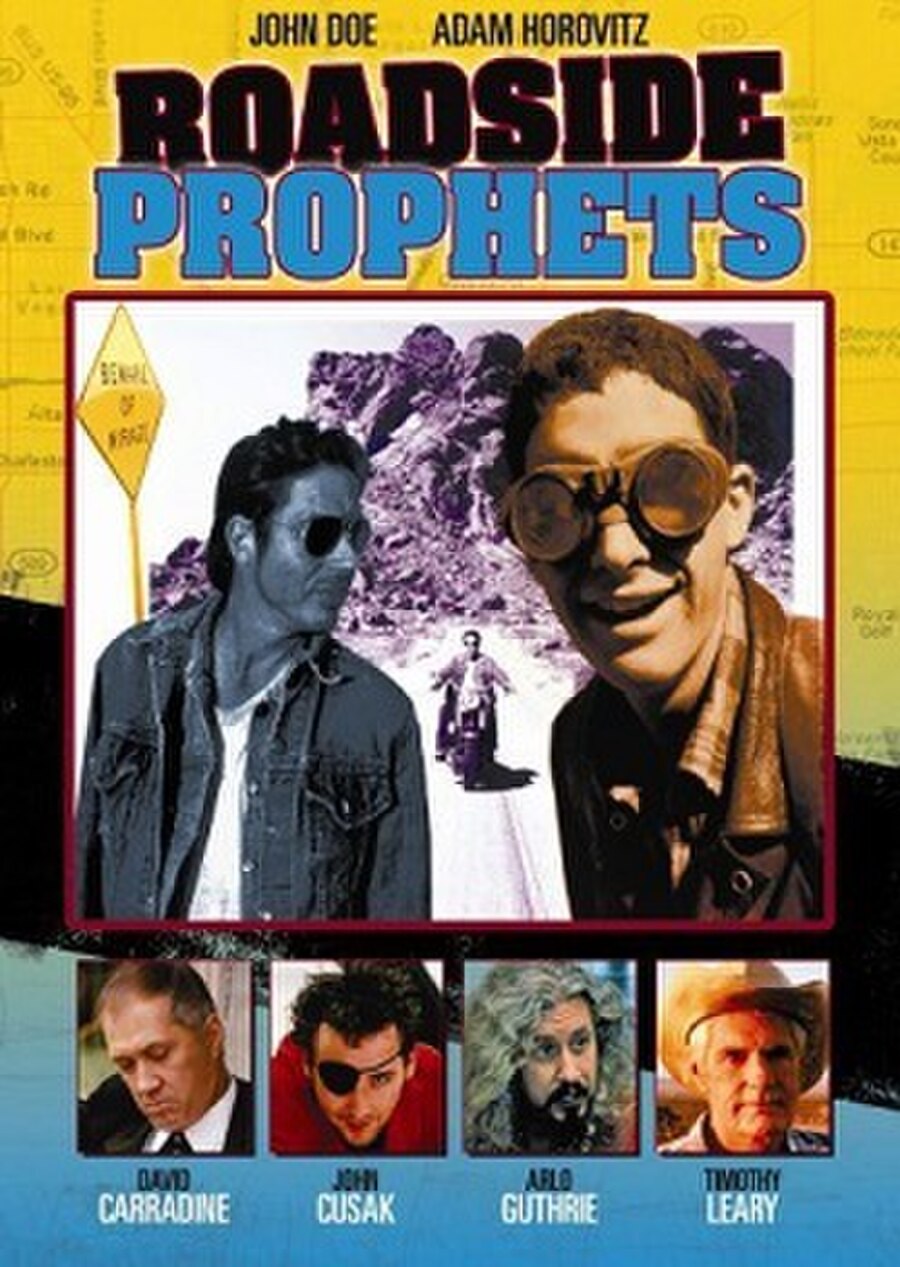 Roadside Prophets is a 1992 American comedy film written and directed by Abbe Wool, featuring musicians John Doe of the L.A. punk band X, and Adam Horovitz of the Beastie Boys with cameo appearances by, amongst others, Timothy Leary, Arlo Guthrie, David Carradine, Flea, an uncharacteristic performance by John Cusack as Caspar, a self-styled "Symbionese" rebel, and a very early film performance by Don Cheadle.

Joe, a Harley-riding factory worker, meets Dave, who tells him about a casino in the town of El Dorado before Dave is electrocuted in a video arcade. Following Dave's cremation, Joe decides to travel to Nevada to find Dave's beloved casino and spread his ashes in the desert to fulfill his last wish. While riding his motorcycle around Nevada, Joe meets Sam, who is traveling on his own motorcycle to find the Motel 9 in which his parents committed suicide. As Sam travels with Joe, the two develop an unlikely friendship and encounter numerous eccentric people during their travels.