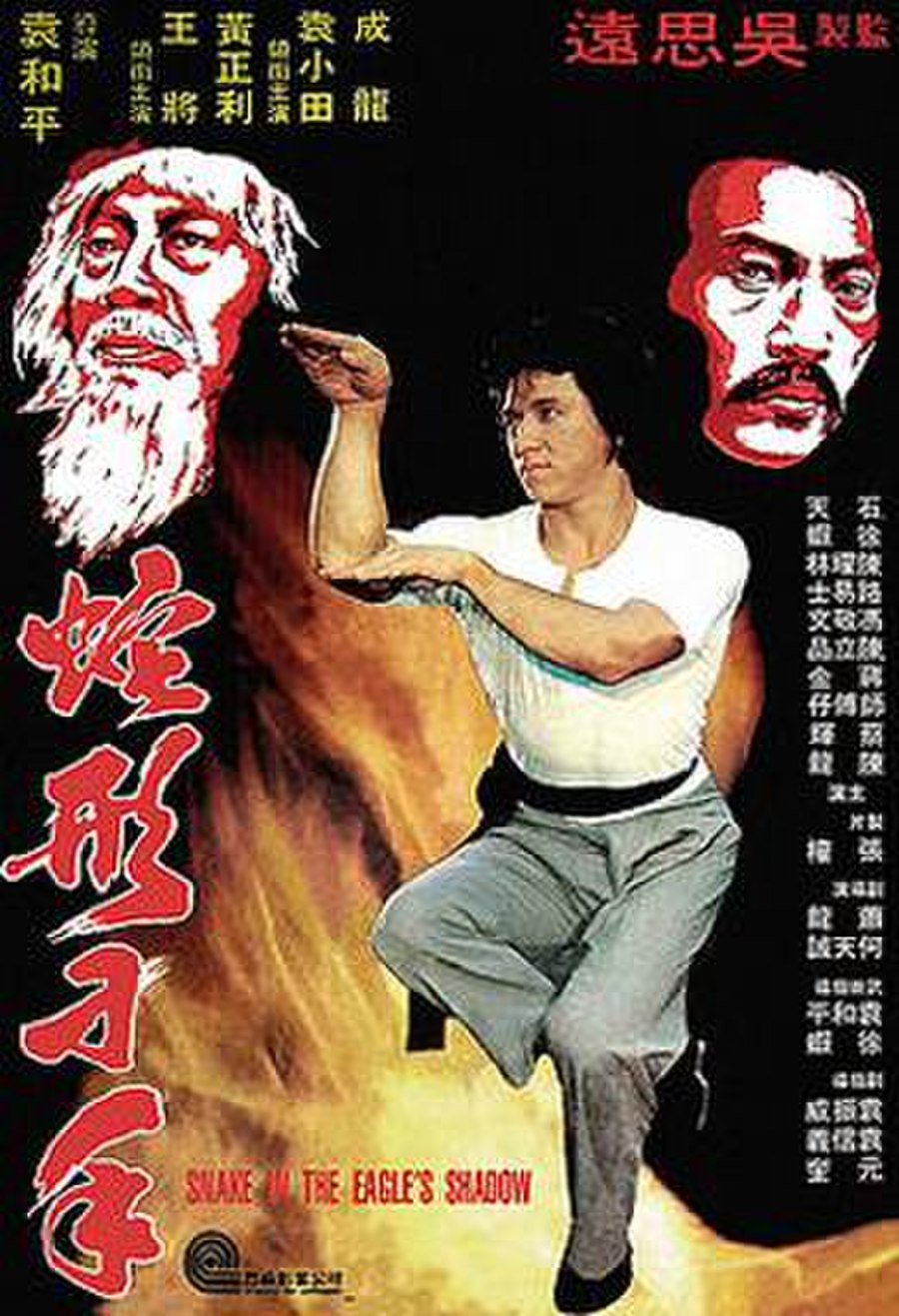 Snake in the Eagle's Shadow is a 1978 Hong Kong martial arts action comedy film directed by Yuen Woo-ping in his directorial debut. It stars Jackie Chan, Hwang Jang-lee, and Yuen Woo-ping's real life father, Yuen Siu-tien. The film's plot is about Chien Fu (Jackie Chan), an orphan who is bullied at a kung fu school, meeting an old beggar, Pai Cheng-tien (Yuen Woo-ping), who becomes his sifu (teacher) and trains him in Snake Kung Fu.

Chien Fu, an orphan adopted by a kung fu school, is overworked as their janitor while being bullied and abused by the kung fu teachers as a walking punching-bag, with the school's cook, Ah-Wu, being his only sympathizer. Chien befriends an old beggar by offering him a meal and a place to stay. Unknown to Chien, the old beggar is actually Pai Cheng-tien, one of the last surviving masters of the Snake-style of kung fu. Pai is on the run from the Eagle Claw clan, which is viciously killing off all of the rival Snake-style masters, but is ambushed by Eagle Claw student Su Chen and an assassin masquerading as a Christian missionary (Roy Horan), and is injured. After being abused once more, Chien later finds Pai and helps him recover. Pai agrees to give him more lessons, on the condition that he does not call him "sifu" ("master"), since they are friends. The real reason, however, is to keep Chien's connection with him secret from his pursuers.