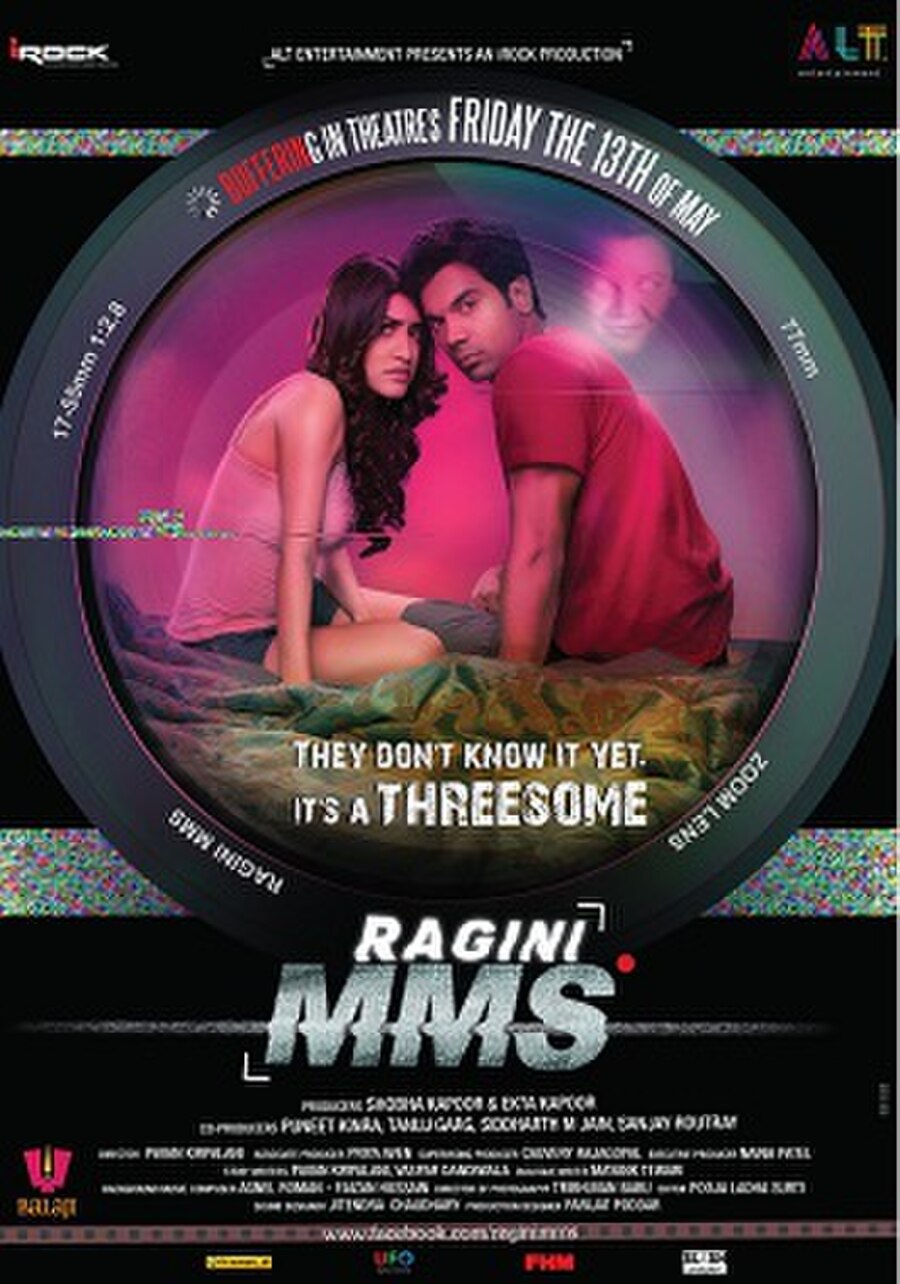 Ragini MMS is a 2011 Indian found footage horror film directed by Pawan Kripalani and produced by Jeetendra and Shobha Kapoor of Balaji Telefilms. It was released on 13 May 2011 (Friday the 13th). The film is inspired by the 2007 American supernatural horror film Paranormal Activity and is partly based on the real story of a girl from Delhi named Deepika. It is loosely based on Stephen King's novel Gerald's Game.

The movie starts with Uday entering the house of Ragini. The door is answered by Ragini's friend. After asking Uday where they were going and getting no response, Ragini's friend gets upset and wants Uday to leave their house immediately. Uday doesn't listen and then wakes up Ragini from her sleep while ignoring her friend and tells her to get ready for their weekend getaway.They then travel by car the whole day and arrive at Uday's 'house' - a mysterious abandoned house at a deserted location. Ragini's mom calls Ragini to know her whereabouts but Ragini lies and cuts the call. Uday is involved in the hideous business of making and selling sex tapes of innocent girls. This time, he has got Ragini who thinks that he loves her, but in reality Uday is using her so he can make money. They then try to eat the dinner that they bought to the house along with them, however after seeing that the parcel had insects in it, they throw it out. They then move to the bedroom to attempt to have sex but are interrupted by a knock at the door. Ragini's friend Pia, and her boyfriend Vishal have come to visit them. Furious by their visit, Uday tells Ragini to get rid of them. But eventually, they stay for a while. After a while, Vishal asks Uday for a way to the bathroom and Uday tells him the way. Seeing a dark way to the bathroom, Vishal tells Uday that a woman used to live in the house whom her family members called witch and murdered her. After which, her spirit came alive and murdered her whole family and since then, her spirit is living at the house. At this, sensing that it is a joke, Uday starts laughing and walks away. Then Vishal is seen staring at a wall and then he enters the house from the front door as if he fell down. Sensing that something is majorly wrong with the house, Pia and Vishal leave in a hurry. Afterwards, Uday turns on the cameras without informing Ragini and ties her hands to the bed and begins to have sex with Ragini. But he is pulled by his hairs by someone. Afraid by this, he checks the room thoroughly but finds no one. He and Ragini begin to hear some noises and Uday says in Marathi that "I am not a witch". He then goes out to check the clumsy noises. He returns in a strange, frightful condition and stained with blood. Ragini instantly asks him to open her hands up but Uday is scared and out of his mind. Ragini, terribly frightened by the thought of some provoked evil spirit at this hour of night, begs Uday to unlock the handcuffs. While searching for the keys, Uday eventually drops his bag which was covering the camera and the camera comes into view of Ragini. Ragini eventually begins to know that Uday was filming a sex tape of her, to which she then reacted with pure terror, shock and anger. Uday tries to open the handcuffs with other items but suddenly something happens and Ragini gets the view of blood sunk Uday near the bed. Ragini tries to reach for the keys but is unable to do so. Some boys pass by but are not able to respond to Ragini's screams for help as the front door was locked. Suddenly, Uday picks up a pointed object and inserts it in his neck thus killing himself. Terrified by this, Ragini screams for help but no one hears her. She tries to break the bed but in vain. The night is over but she stays like that unable to open her cuffs. She then finds a piece of glass and cuts her hand to get out of the handcuffs for lubrication and after releasing herself, she runs towards the car. Upon finding the car, she sees the body of Vishal and tries to start the car but is pulled out of the car. And she then finds the body of Pia. Then someone pulls her by her hair and takes her back to the house. She sits there and the spirit then hangs her to wall for many days. The film ends in anonymous situation. In the end, it is shown that a boy found Ragini unconscious and she has to psychiatric treatment for 10 months. It can be assumed that the story is open ended and a warning for the innocent girls to be extra cautious while falling into trap of negative people.