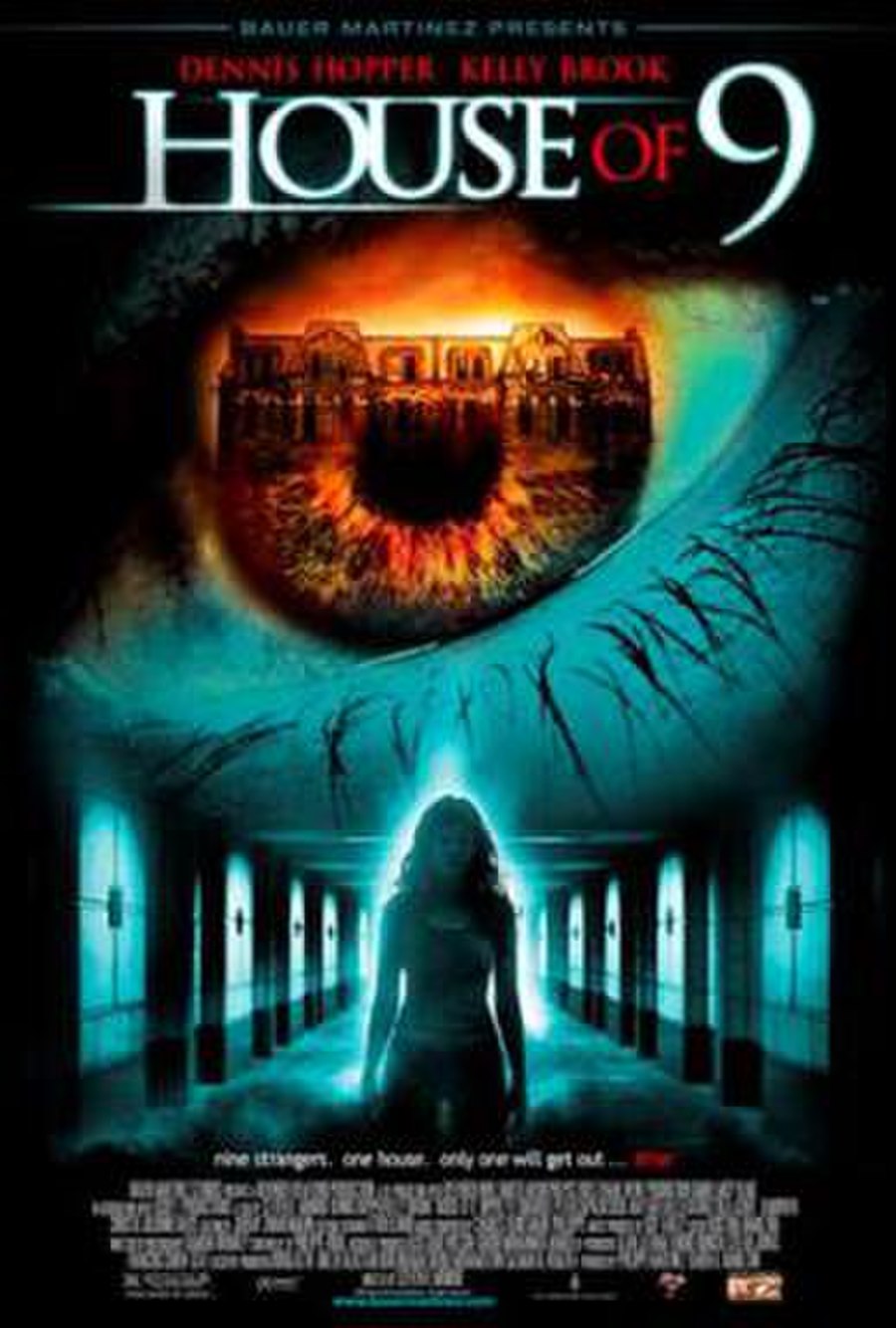 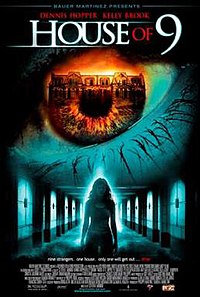 House of 9 is a 2004 psychological horror film directed by Steven R. Monroe and starring Dennis Hopper and Kelly Brook. It premiered at the Cannes Film Festival on 20 May 2004.

The film opens up with surveillance camera views of a mansion and its rooms; the views alternate among images of nine people being kidnapped. Lea (Kelly Brook), an abductee, wakes up in a bedroom. She notices others in nearby bedrooms, and runs to the main door, bangs at it, and shouts to be let out. She finds the windows are all walled with bricks; even the basement door is blocked. She has a panic attack and passes out.