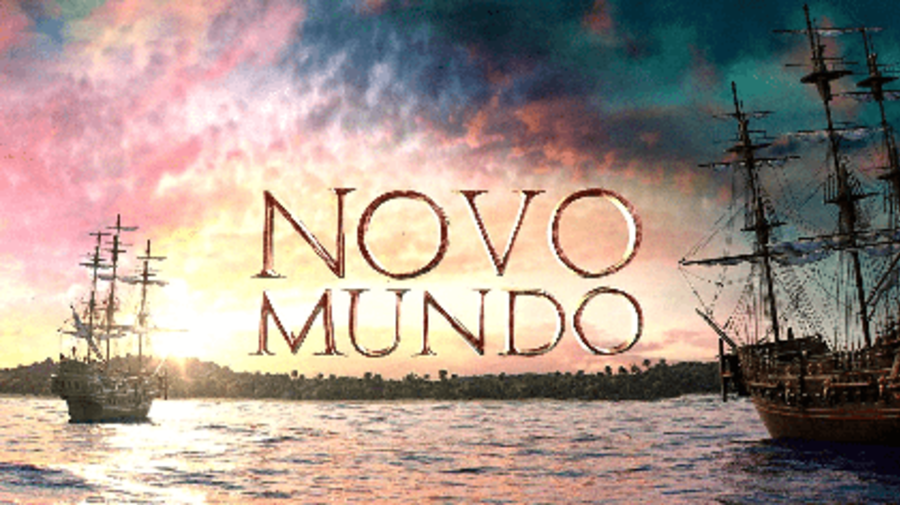 Novo Mundo (English: New World) is a Brazilian telenovela produced and broadcast by Rede Globo. It is created by Alessandro Marson and Thereza Falcão, and directed by Vinícius Coimbra. It premiered on 22 March 2017 replacing Sol Nascente, ran for twenty-seven weeks, with a total of 160 episodes and ended its run on 25 September 2017.

Set in 1817, Anna Millman (Isabelle Drummond) is an English woman who teaches Portuguese who gets involved with the Portuguese-Brazilian actor Joaquim Martinho (Chay Suede) as both travel to Brazil in the ship that brings princess Maria Leopoldina of Austria (Letícia Colin) to her bethroted, Dom Pedro I (Caio Castro). Despite their love for each other, they suffer from the threats of Thomas Johnson (Gabriel Braga Nunes), an English officer who wants to have Anna for himself, and Elvira (Ingrid Guimarães), a Portuguese actress in a fake marriage with Joaquim, causing her to flee from the shrew when entering the ship that would leave for Brazil. The telenovela also features Brazil's struggle for independence.