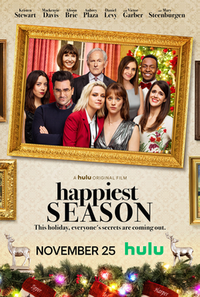 A young woman plans to propose marriage to her girlfriend while attending her family's annual holiday party. At the party, she realizes her girlfriend has not come out to her conservative parents yet.