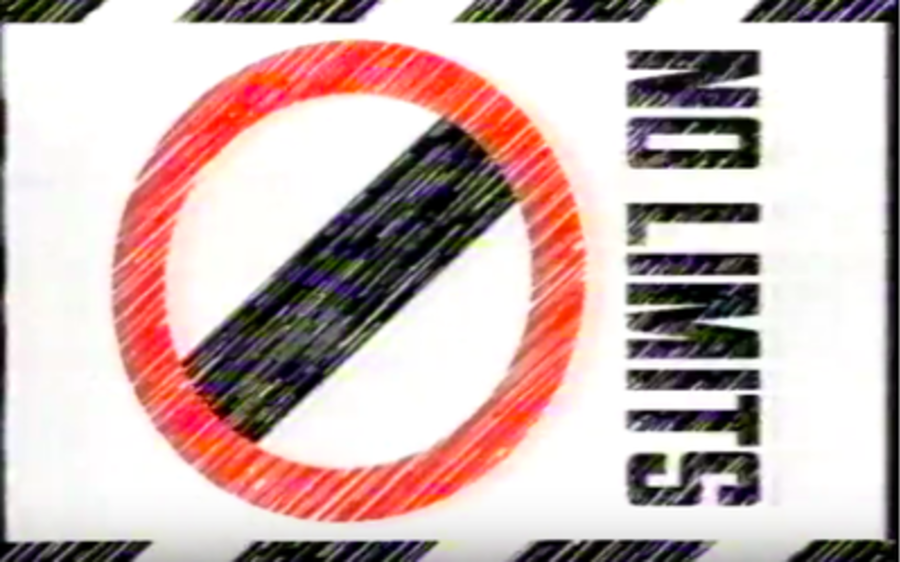 No Limits is a television programme, shown on BBC Two over four series between 1985 and 1987. The idea was created by Jonathan King for Channel 4 as a way to introduce new presenters and was featured in his newspaper column of the time in The Sun to seek applicants. He then moved the project, before it began, to BBC Two which was broadcasting his Entertainment USA series. It was broadcast in an early-evening slot on Tuesdays at 6pm. The show's logo was a roadsign with a red ring and a black dash.