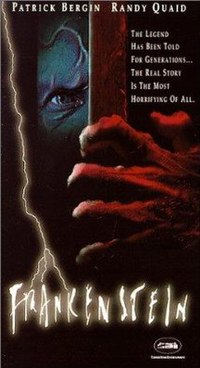 Frankenstein is a television horror film first aired in 1992, based on Mary Shelley's 1818 novel Frankenstein; or, The Modern Prometheus. It was produced by Turner Pictures and directed by David Wickes.

Starting at the North Pole, a sea captain and his explorer crew encounter Dr. Frankenstein and his creature trying to kill each other. The doctor is saved. As he warns the captain of danger, he tells how he made his creature in the Switzerland of 1818 by way of chemical and biological construction which the creature is a clone (of sorts) of Frankenstein himself, establishing a psychic bond between Creator and his Creation.