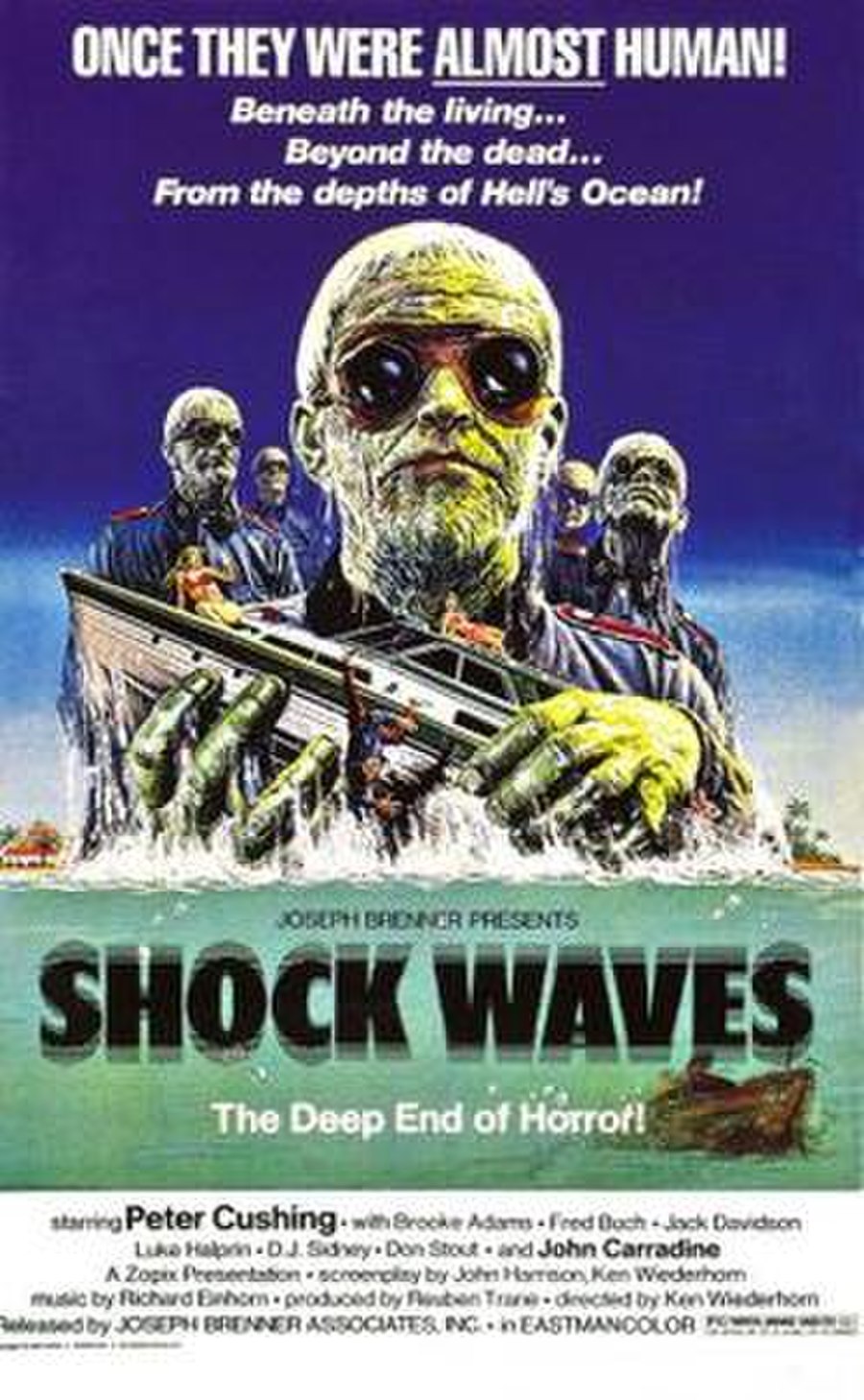 Shock Waves is a 1977 American horror film written and directed by Ken Wiederhorn. The film is about a group of tourists who encounter aquatic Nazi zombies when they become shipwrecked. It stars Peter Cushing as a former SS commander, Brooke Adams as a tourist, and John Carradine as the captain of the tourists' boat.

The film opens as Rose is found drifting alone in a small rowboat. Two fishermen find it and pull her onto their own boat, barely alive and in a horrible state. Her voiceover indicates she had been rescued from some terrifying experience and the film's events are flashbacks of it.