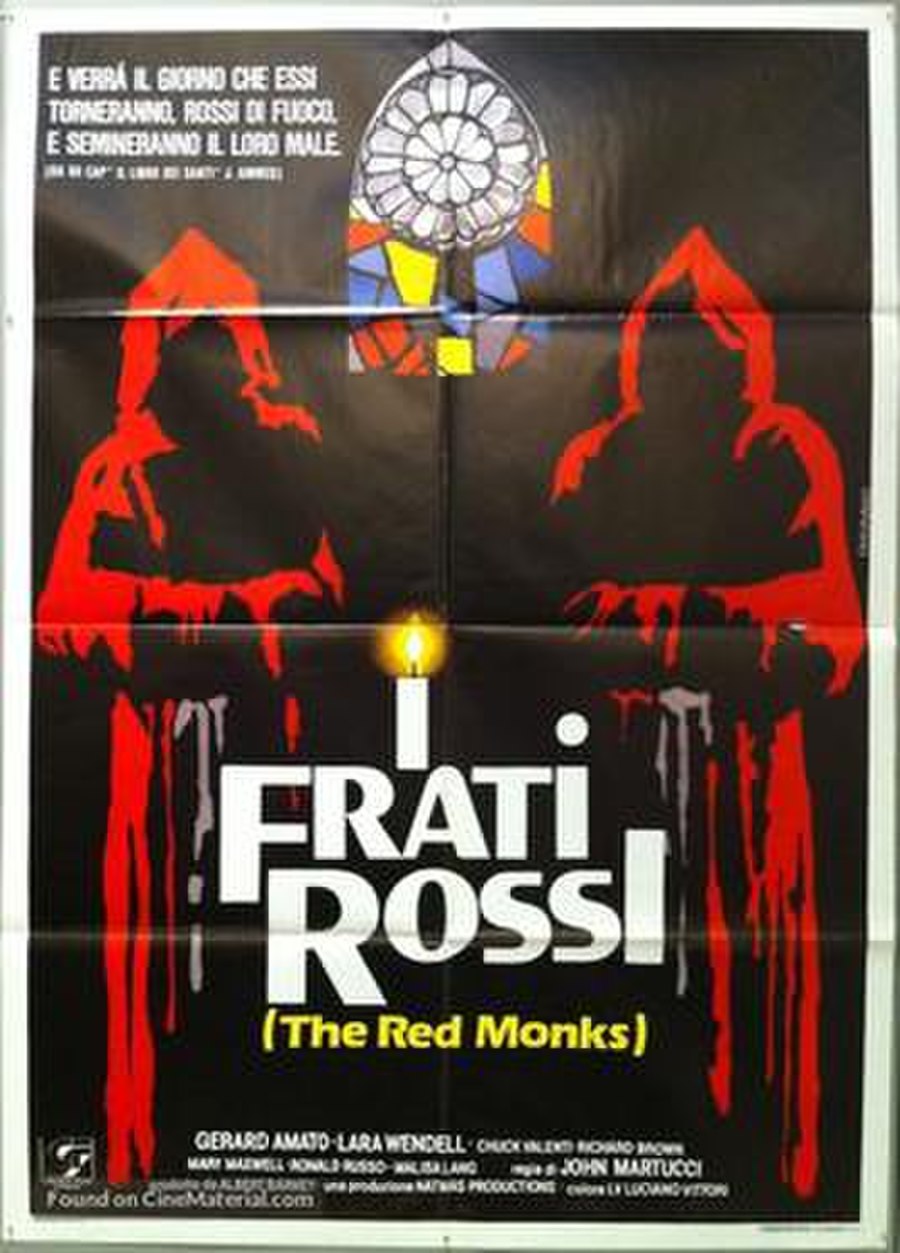 The Red Monks is a 1989 Italian horror film directed by Gianni Martucci, and produced by Pino Buricchi. The screenplay was co-written by Martucci and Buricchi, based on a story by Luciana Anna Spacca. Buricchi began promoting the fact that famed Italian horror director Lucio Fulci had handled the special effects, or that Fulci had even co-directed the film. Fulci claimed he never worked on the film, and director Gianni Martucci even said that Fulci was way too ill at the time to have worked on the project with him. The film was later released to home video however with credits that still claimed that Lucio Fulci had collaborated on the film.

Ramona Curtis marries Robert Garlini, and they move into Robert's ancestral mansion. Rather than spending time with his new bride, Robert vanishes for long periods of time into the creepy basement of the house, and Ramona begins wondering why he suddenly lost interest in being with her. She soon uncovers a dreadful family curse.