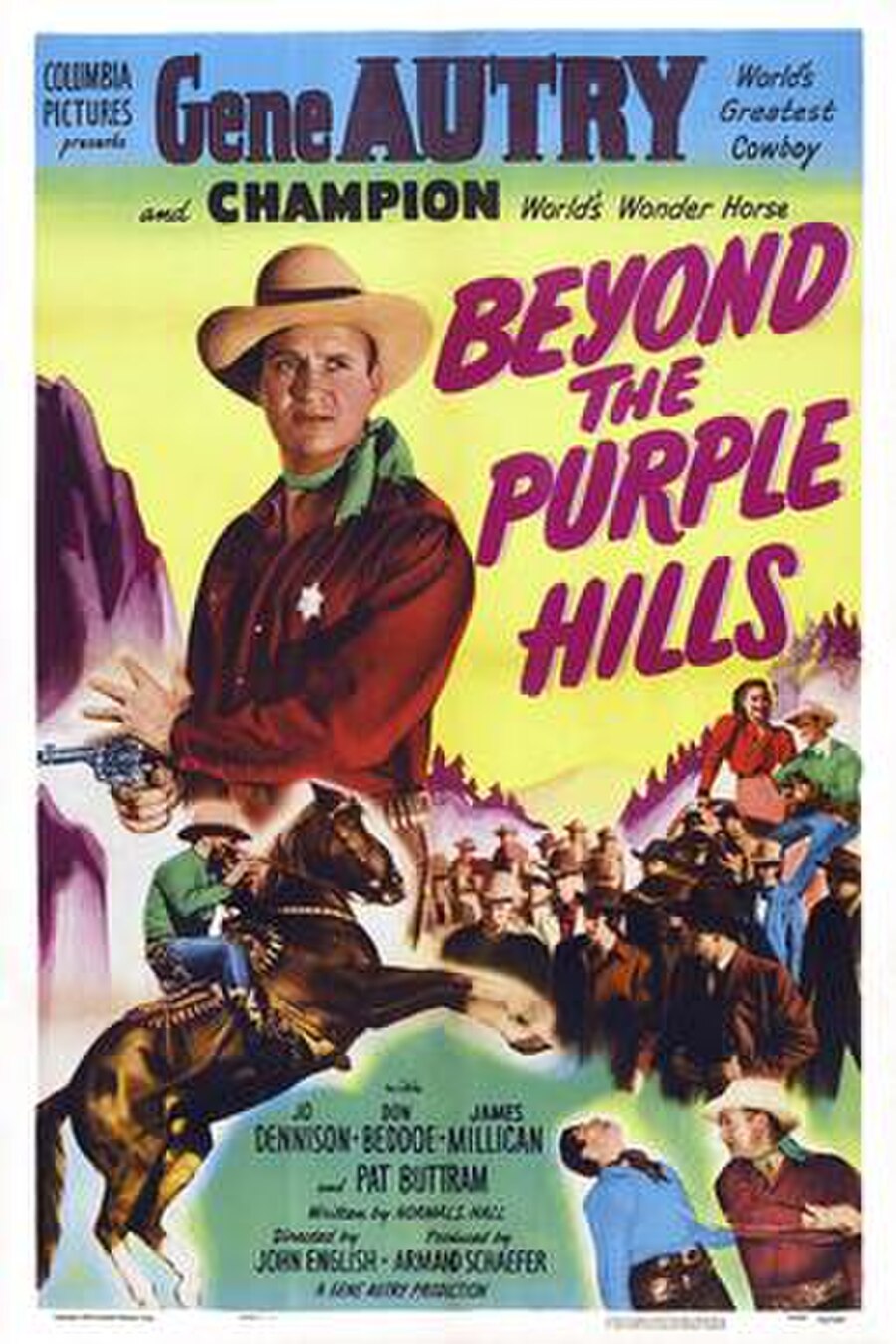 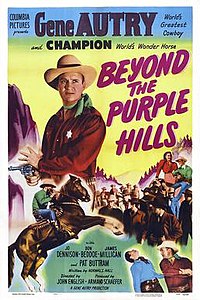 Beyond the Purple Hills 1950

When a bank robbery results in the death of the sheriff, Judge Beaumont (Roy Gordon) asks horse trainer Gene Autry (Gene Autry) to take the sheriff's place. Gene, who has helped Beaumont deal with his fractious son, Jack (Hugh O'Brian), agrees. Beaumont then reveals that he wants to rewrite his will to leave Jack out, prompting a fight between father and son. When the judge is murdered soon after, Gene is forced to arrest Jack, despite not believing that he is guilty.