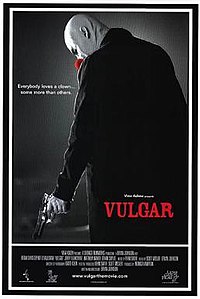 Will Carlson is a 20-something loser who lives in a rundown neighborhood in New Jersey, where he ekes out a living as a birthday party clown in order to pay the rent for his abusive mother's nursing home and the rent on his rundown house. Despite the difficulties of the job, clowning is Will's one escape from the realities of his miserable existence: Will genuinely likes kids, and takes great joy from making them happy on their birthdays.