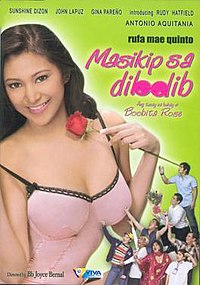 With the weight of an alcoholic née suicidal sister Brigitte (Sunshine Dizon), a womanizing addict for a brother Bogs (John Lapus), a hypochondriac for a mother Lupe (Gina Pareño), and a socially challenged lovelife Mark (Rudy Hatfield) hanging on her shoulders, Boobita Rose (Rufa Mae Quinto) breaks down by breaking into a song. However, she proves to be a tough cookie to crumble and gamely deals with her tribulations through a roller coaster ride of laugh and tears.