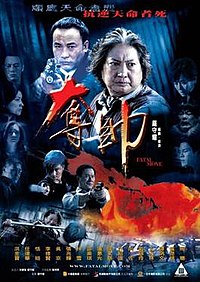 Triad boss Lin Ho-lung (Sammo Hung) is celebrating his son's first birthday, a child conceived by his mistress. The party is interrupted when Police Inspector Liu Chi-chung (Danny Lee) arrives outside of the club with his colleagues, warning the gang to stop throwing any parties without the police's consent.