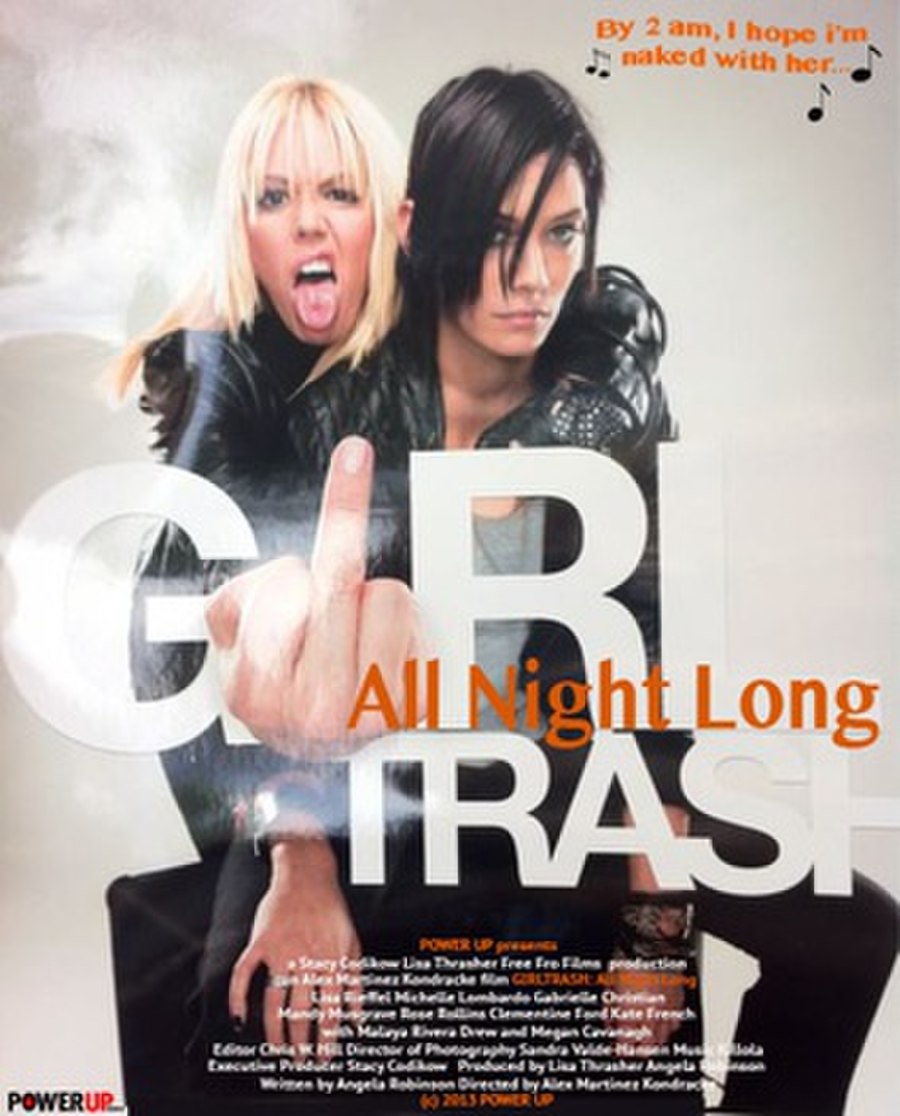 Girltrash: All Night Long is a 2014 musical comedy film directed by Alexandra Kondracke and written by Angela Robinson. The film is a prequel to the web series Girltrash! and stars Lisa Rieffel, Michelle Lombardo, Gabrielle Christian and Mandy Musgrave.

Set during one long night in the LGBT sub-culture of Los Angeles, Daisy and Tyler are two rock and roll musicians who are selected to partake in a battle of the bands contest to claim a prize. But while on their way to the concert, their van breaks down and they are sidetracked by Daisy's younger sister, Colby, a recent college graduate who agrees to drive them to the concert if they help her hook up with her girl-crush; a struggling actress named Misty. Also tagging along is Misty's bisexual best friend Sid, who longs to hook up with a famous celebrity. However, Misty is not interested in hooking up with Colby because she has her sights on Tyler. Meanwhile, Daisy tries to win back her ex-girlfriend, Xan, who is on a date with her latest girlfriend who is competing against Daisy and Tyler's band that very night. Elsewhere, Monique Jones is a violent ex-con recently paroled from prison who comes looking for Daisy and Tyler with a score to settle.