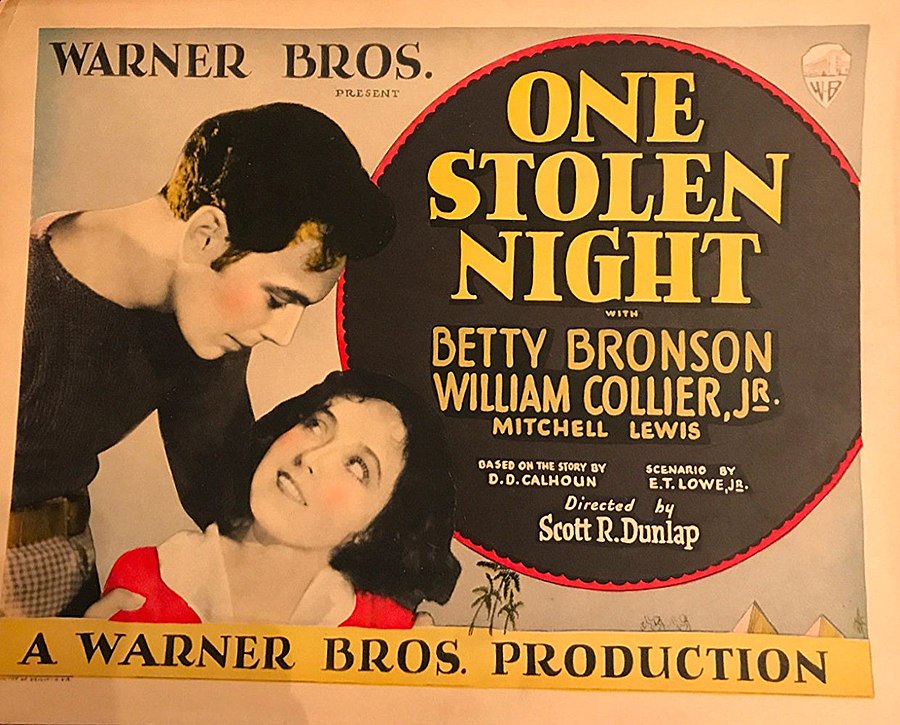 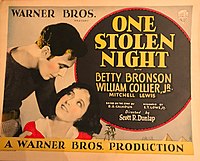 One Stolen Night is a 1929 American part-talkie adventure crime film directed by Scott R. Dunlap, and starring Betty Bronson, William Collier Jr., Mitchell Lewis, Harry Todd, and Charles Hill Mailes. It is based on the short story The Arab by D. D. Calhoun. It is a remake of the 1923 film with the same name. The film was released by Warner Bros. on March 16, 1929.