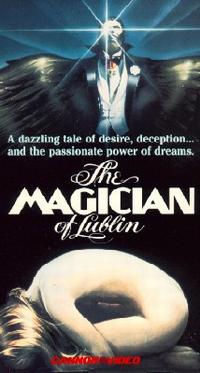 The Magician of Lublin 1979

Yasha Mazur (Alan Arkin) is a turn-of-the-20th-century Jewish stage magician, womaniser, conman, and mystic. His great ambition is to figure out how to fly – an ambition he eventually achieves but not as a magic trick. He tours the western reaches of the old Russian Empire.