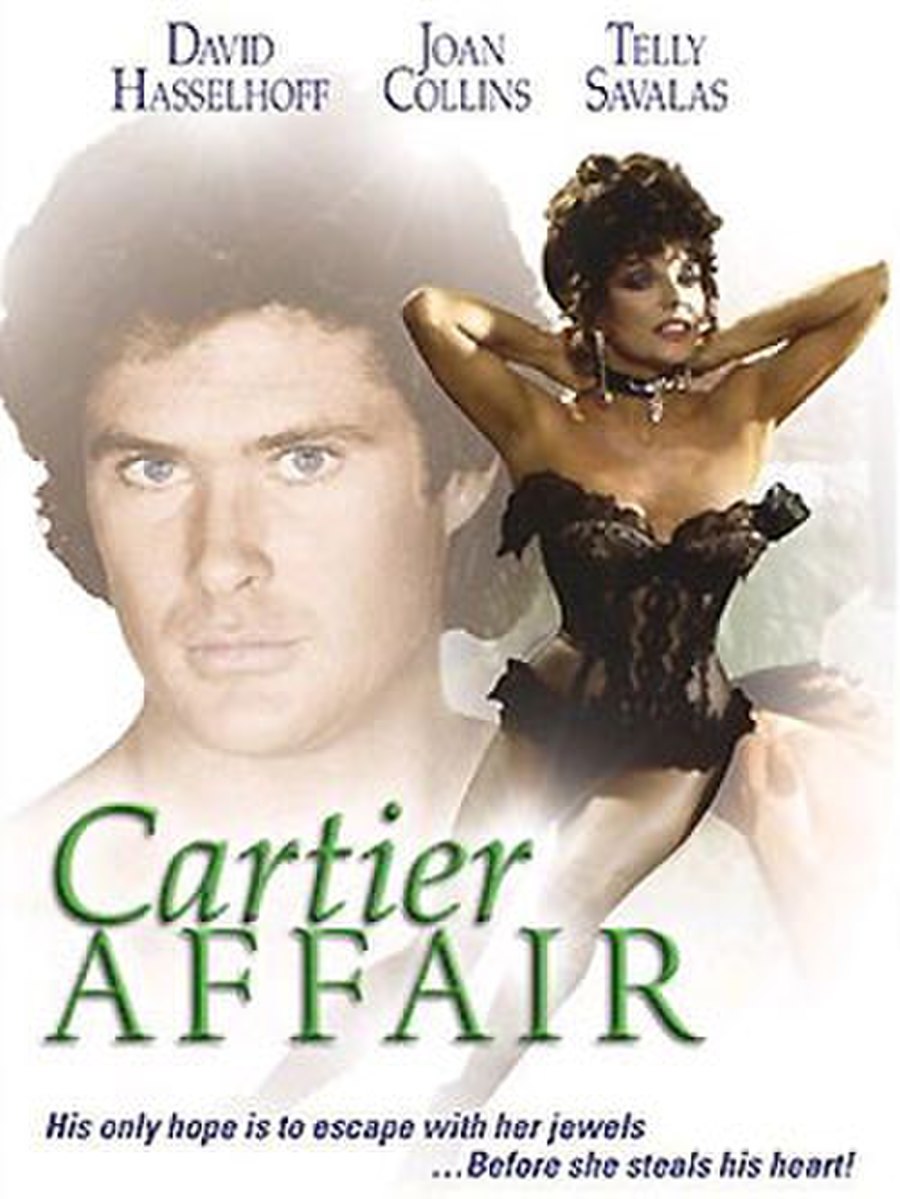 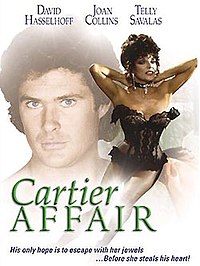 The Cartier Affair is a 1984 NBC TV movie that starred Knight Riders David Hasselhoff and Dynastys Joan Collins, which also featured Kojaks Telly Savalas (and, incidentally, was completed between season breaks of both Dynasty and Knight Rider). At the time of its release both Joan Collins and David Hasselhoff were nearing the height of their fame.

Curt Taylor (David Hasselhoff) is released from California State Prison and to settle a debt he becomes a secretary for Cartier Rand (Joan Collins) as a form of amusing punishment, so that he can steal her jewels. During the course of his employment for Cartier, He falls in love with her, which complicates his primary mission to steal from her, Cartier reciprocates his feelings and the two begin an affair.