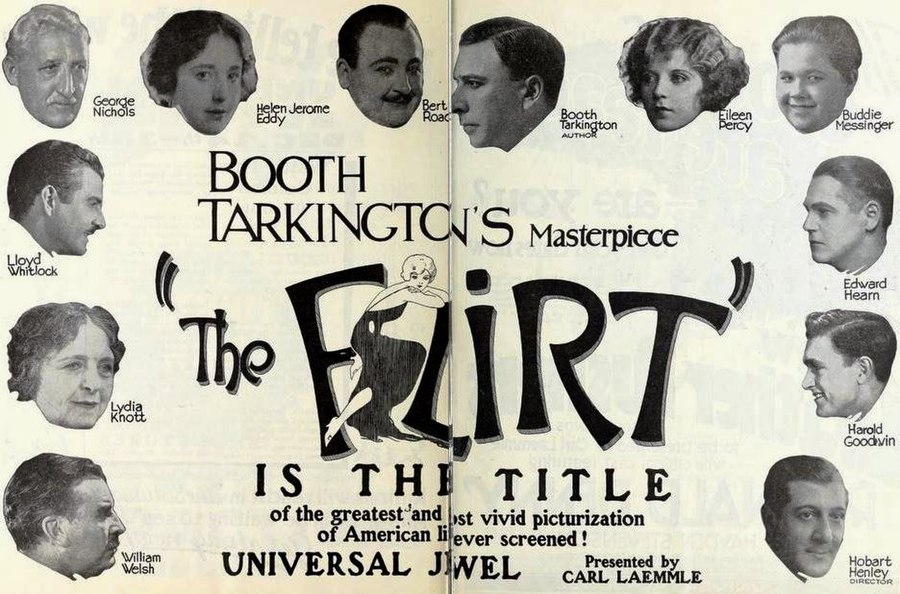 The Flirt is a 1922 American silent comedy film directed by Hobart Henley. The cast included George Nichols, Lloyd Whitlock, Lydia Knott, William Welsh, Helen Jerome Eddy, Bert Roach, Eileen Percy, Edward Hearn, Harold Goodwin, and Buddy Messinger. It was based on Tarkington's 1913 novel The Flirt. It was a Carl Laemmle film produced by Universal Film Manufacturing Company. The story features a girl who insist on having things her way. A film edition of the book was published in 1922 with film stills. Sheet music for a theme song, "The Flirt; Whose Heart Are You Breaking To-Night" was also released in 1922.