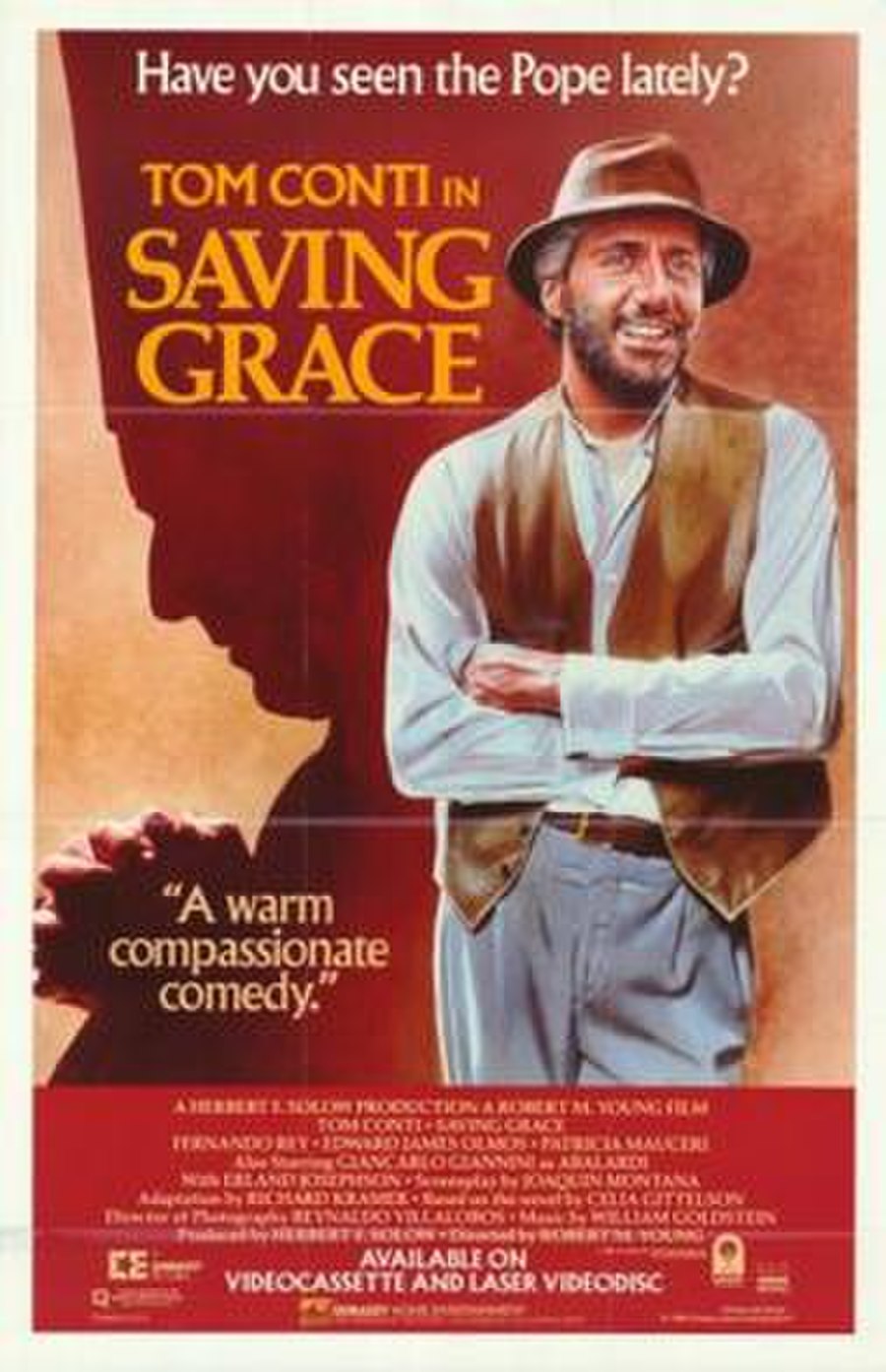 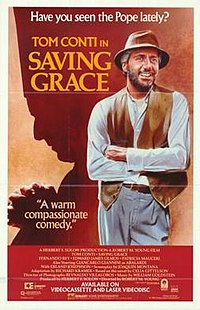 Saving Grace is a 1986 comedy-drama film directed by Robert M. Young, produced by Herbert F. Solow, and starring Tom Conti, Giancarlo Giannini and Edward James Olmos. It is based on a novel by Celia Gittelson with screenplay by Richard Kramer and David S. Ward under a different name.

A year after his election, a youthful Pope (Conti) longs to be involved in ordinary people’s lives again, as he was when he was a priest.