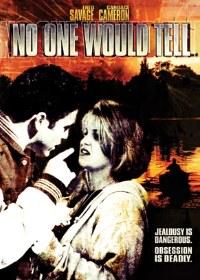 No One Would Tell is a 1996 American teen crime drama television film directed by Noel Nosseck from an original script by Steven Loring. It is based on the true story of Jamie Fuller, a 16-year-old high school student who murdered his 14-year-old girlfriend, Amy Carnevale, on August 23, 1991, in Beverly, Massachusetts. A remake of No One Would Tell debuted on Lifetime on September 16, 2018.

This story takes place in North High School, where Stacy Collins is a shy 16-year-old high school student who has secretly been in love with Bobby Tennison for two years. She is surprised when he starts to show a romantic interest in her, considering he is a senior wrestler, and the most popular guy in school. They soon start dating, and find out that both of their fathers had abandoned them. She is upset that her mother, Laura, is dating a man named Rod who treats her very badly, and Stacy often urges her to leave him and treat herself better.