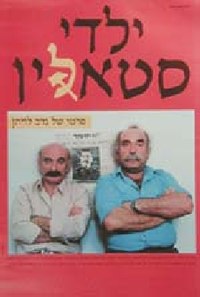 Stalin's Disciples (, in Hebrew Stalin's Children) is a 1986 Israeli film directed by Nadav Levitan that satirizes the utopian ideology of the Israeli kibbutz.

The death of Joseph Stalin in the 1950s leads to an ideological crisis on a kibbutz that identifies with communist principles. The blind faith of three elderly shoemakers, who previously abused a young boy daring to criticize Stalin, begins to disintegrate when they learn of the Soviet leader's crimes and the manifest antisemitism on display at the Prague Trials.