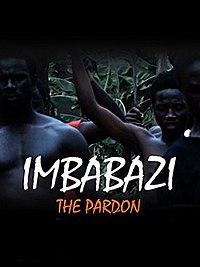 Imbabazi: The Pardon is a 2013 Rwandan film, the debut feature film of director Joël Karekezi.

The film follows two former friends, Manzi and Karemera, whose lives diverge during the 1994 Rwandan genocide. Manzi joins Hutu Power, while Karemara's life is in danger as a Tutsi. Fifteen years later Manzi is released from prison and tries to make amends for his violent past.