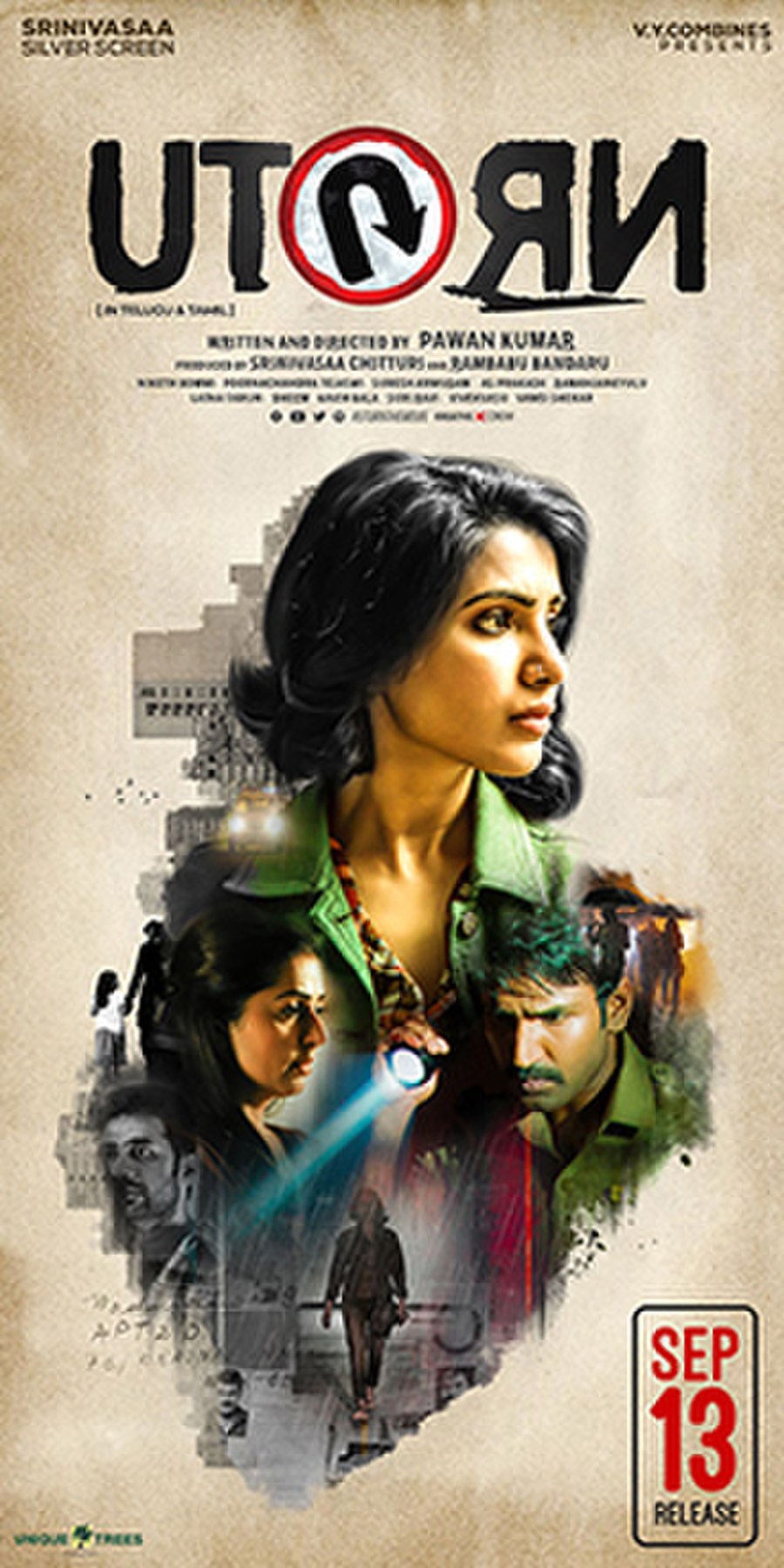 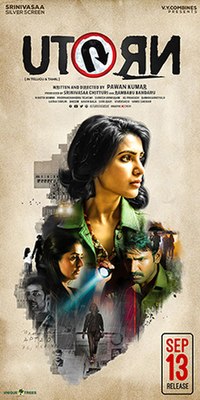 U Turn is a 2018 Indian mystery-thriller film written and directed by Pawan Kumar and produced by Srinivasa Chitturi and Rambabu Bandaru under the banners BR8 Creations, V. Y. Combines and Srinivasa Silver Screen. The plot revolves around the death of motorists who break a traffic rule at a particular flyover and subsequent pinning down of the culprit by an intern journalist and police inspector duo. Filmed simultaneously in Tamil and Telugu languages, it is a remake of the director's own 2016 Kannada film of the same name.

Rachana (Samantha Akkineni), an intern, with The Times of India, a daily newspaper, is working on an article on the incidents at a flyover. She also has a crush on the crime reporter Aditya, whose help she seeks for research material on accidents on the flyover. She finds that each day some motorists move the concrete blocks that partition the road just to take a quick U-turn and avoid the traffic. They don’t move them back and the blocks are left to lie randomly on the road leading to many accidents. A homeless man sitting on the flyover notes down the vehicle numbers of commuters who violate the rule to take the U-turn and gives the list to Rachana. She obtains the details of the culprits using her contact in the traffic department, with the intention of confronting them for their "short-cut" and writing an article for the paper. Her attempt to meet the first person on the list goes in vain.