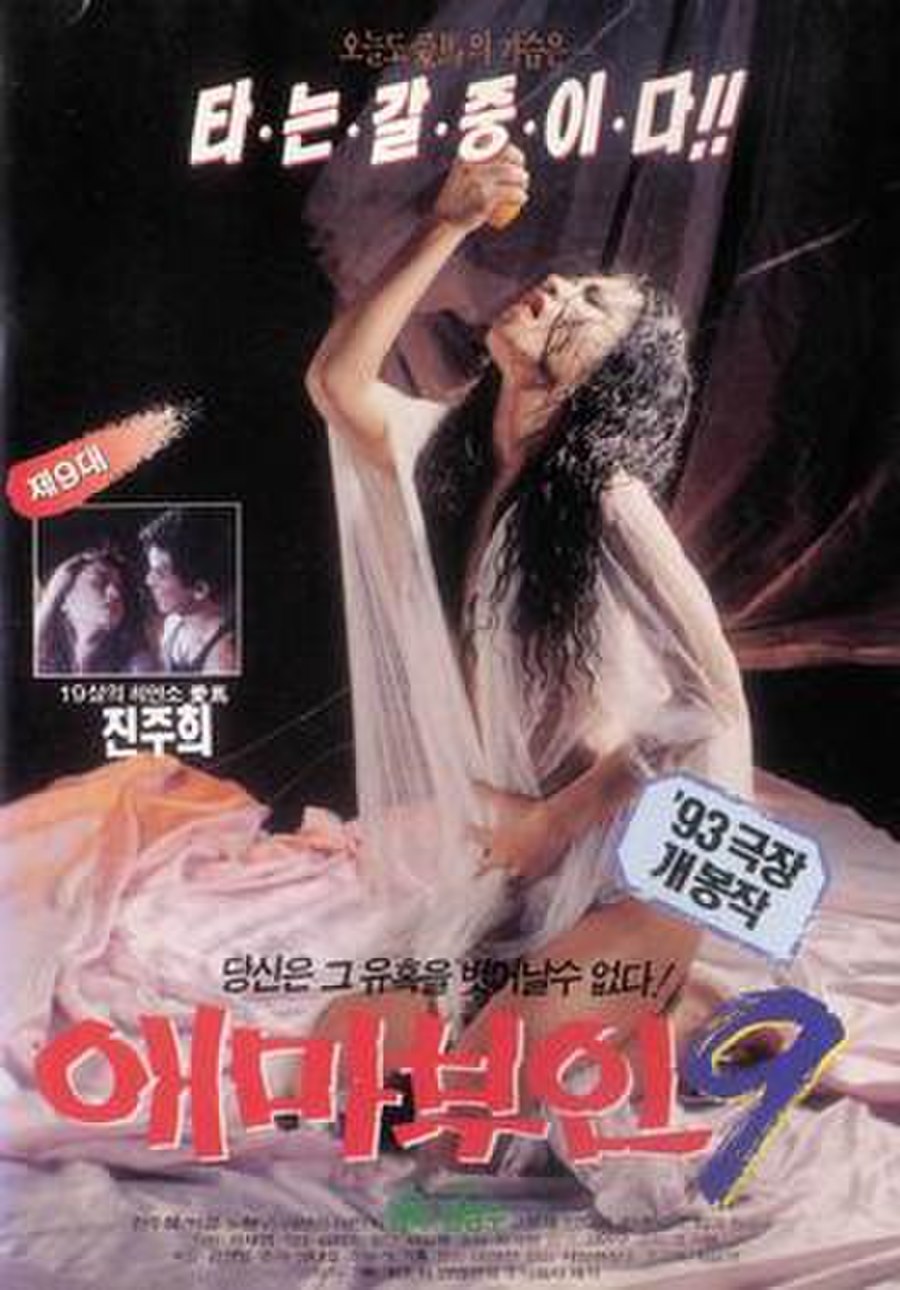 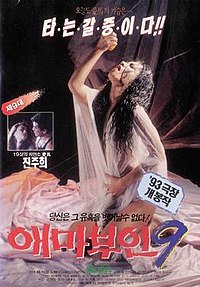 Madame Aema 9 is a 1993 South Korean film directed by Kim Sung-su. It was the ninth in the Madame Aema series, the longest-running film series in Korean cinema.

Aema is a bored housewife married to a successful, workaholic businessman. She begins an affair with Jean, a business associate of her husband's. Her husband suspects and begins tormenting Aema, while not letting on that he knows, to protect a business deal. Aema leaves her husband, but is persuaded to return after heeding advice from a friend.