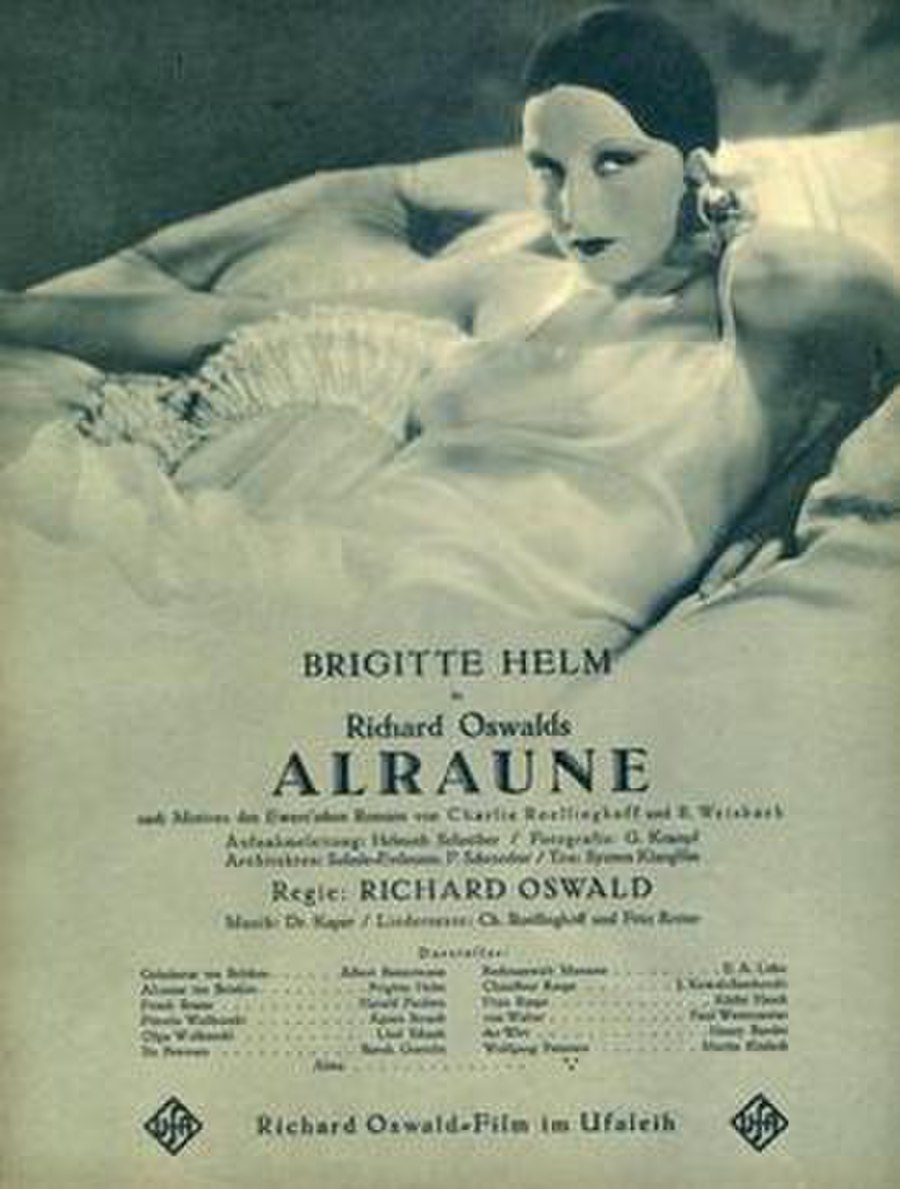 Alraune is a German science fiction Horror film directed by Richard Oswald. Like the 1928 version this movie again features Brigitte Helm in the role of Alraune. This version aimed for greater realism but is still based upon the original German myth.

A scientist, Professor Jakob ten Brinken, interested in the laws of heredity, impregnates a prostitute in a laboratory with the semen of a hanged murderer. The prostitute conceives a female child who has no concept of love, whom the professor adopts. The girl, Alraune, suffers from obsessive sexuality and perverse relationships throughout her life. She learns of her unnatural origins and she avenges herself against the professor.