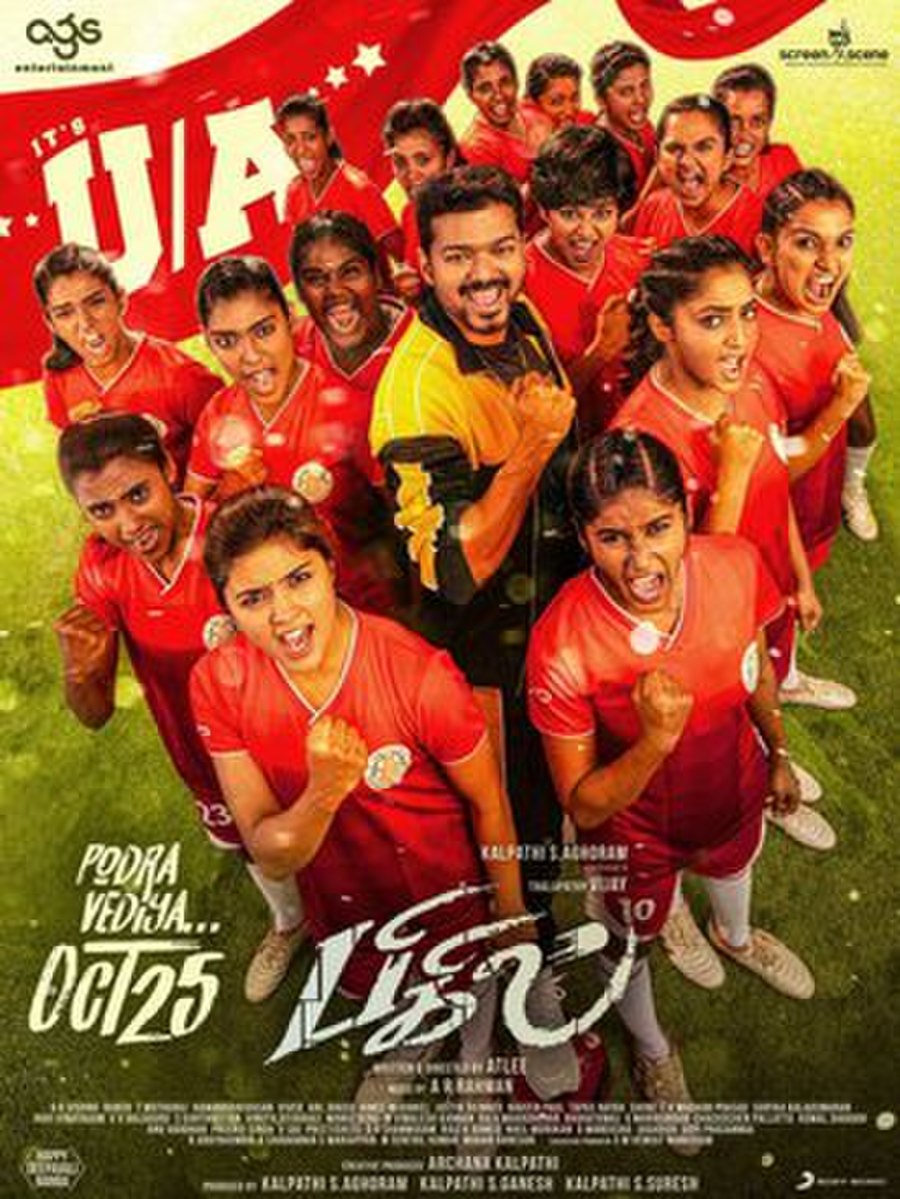 Bigil is a 2019 Indian Tamil-language sports action film written and directed by Atlee and produced by Kalpathi S. Aghoram under the banner AGS Entertainment. The film stars Vijay in dual lead roles as Michael, a mobster and former footballer and Rayappan, a gangster and Michael's father, alongside Nayanthara, Jackie Shroff, Vivek and Kathir in other prominent roles. The film follows Michael, a mobster and a former footballer who decides to coach a women's football team when their coach gets attacked. Michael faces challenges when his team does not cooperate with him due to his violent background and also finds himself hunted by some rivals who want revenge.

Michael Rayappan is a crime boss from Chennai who works for the welfare of people in his slum. He has a romantic relationship with Angel Aasirvatham, a physiotherapist who comically refuses to marry any groom at the last minute due to their love. He has a running feud with a rival don named Daniel. One night, Daniel attacks Michael and his close friend Kathir, who is the coach of the Tamil Nadu women's football team. Kathir suffers spinal injuries during the attack, due to which he is paralysed for a year. To allow the women's football team to take part in the upcoming National Championship in Delhi, Kathir requests to the Tamil Nadu Football Federation to replace him with his former teammate named "Bigil", who is none other than Michael. The story then shifts to Michael's past as a football player.