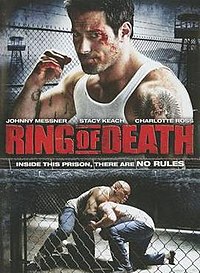 Ring of Death is a 2008 American television film directed by Bradford May and starring Johnny Messner, Stacy Keach and Charlotte Ross. It was created for Spike TV in 2008.

Burke Wyatt (Johnny Messner) is a hardened ex-cop with a seasoned history of extreme and over-the-top methods during his time with the police, but having been dismissed for the past three years after drastically subduing a criminal, he wades through a rough stretch in his life; separated from his wife (Charlotte Ross), he plays a part-time father to their only son, Tommy (Uriah Shelton).