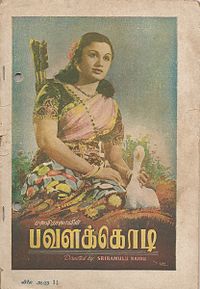 It is the story of Arjuna, a Mahabharata character, falling in love with Pavalakodi who is the princess of a coral island called Pavala Theevu. (However, the story is not found anywhere in Mahabharata).