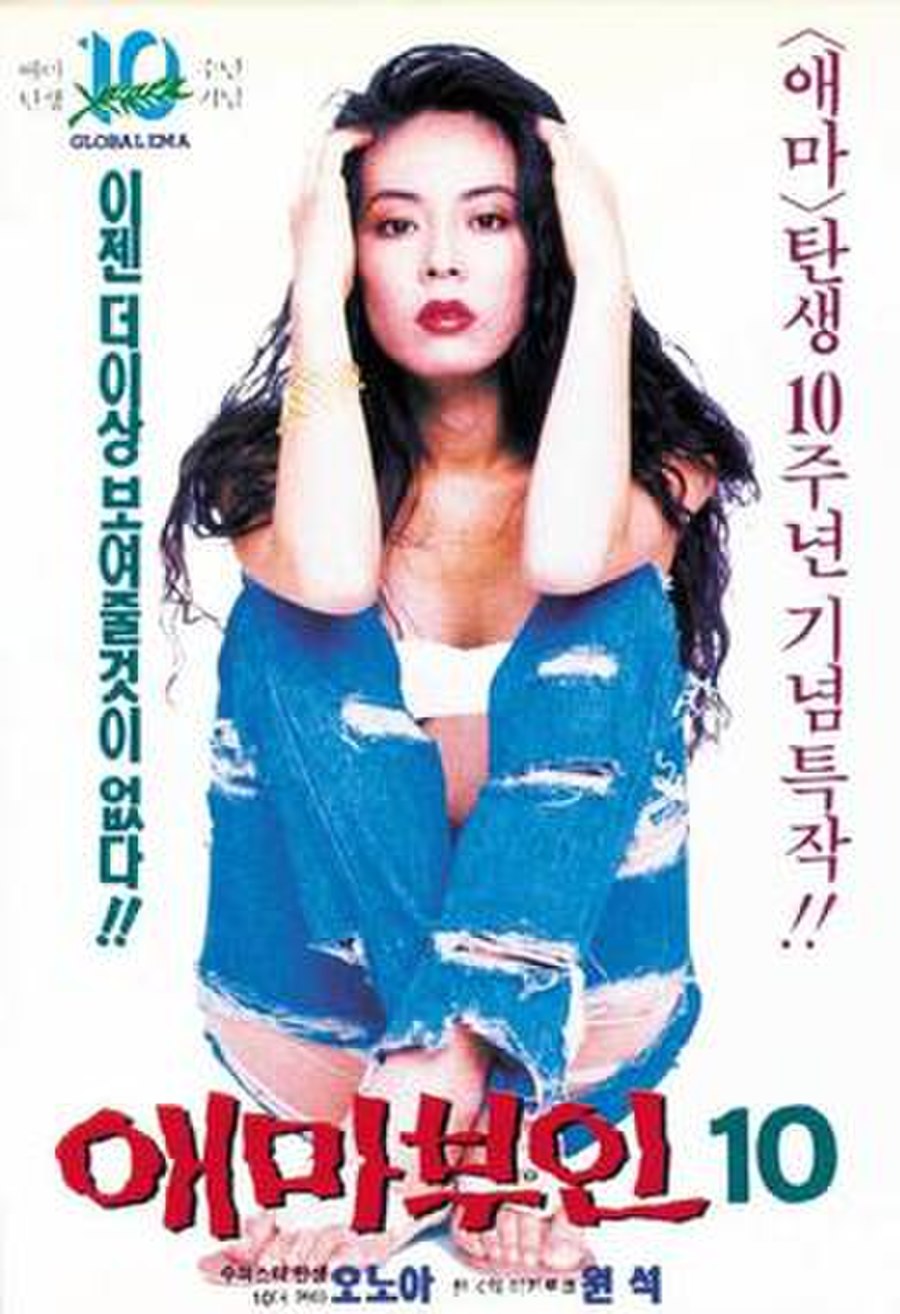 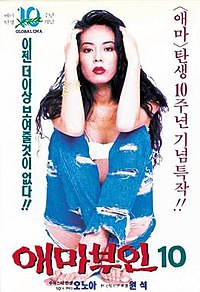 Madame Aema 10 (애마부인 10 - Aema Buin 10) is a 1994 South Korean film directed by Suk Do-won. It was the tenth entry in the Madame Aema series, the longest-running film series in Korean cinema.

This time in the Madame Aema series, Aema leaves her husband, tired of his demanding ways. She moves to Jeju Island and lives with her friend, Young-ju. She begins having an affair with a member of a Samul nori group. Shocked by Young-ju's lesbian advances, and persuaded by her boyfriend, Aema returns to her husband.