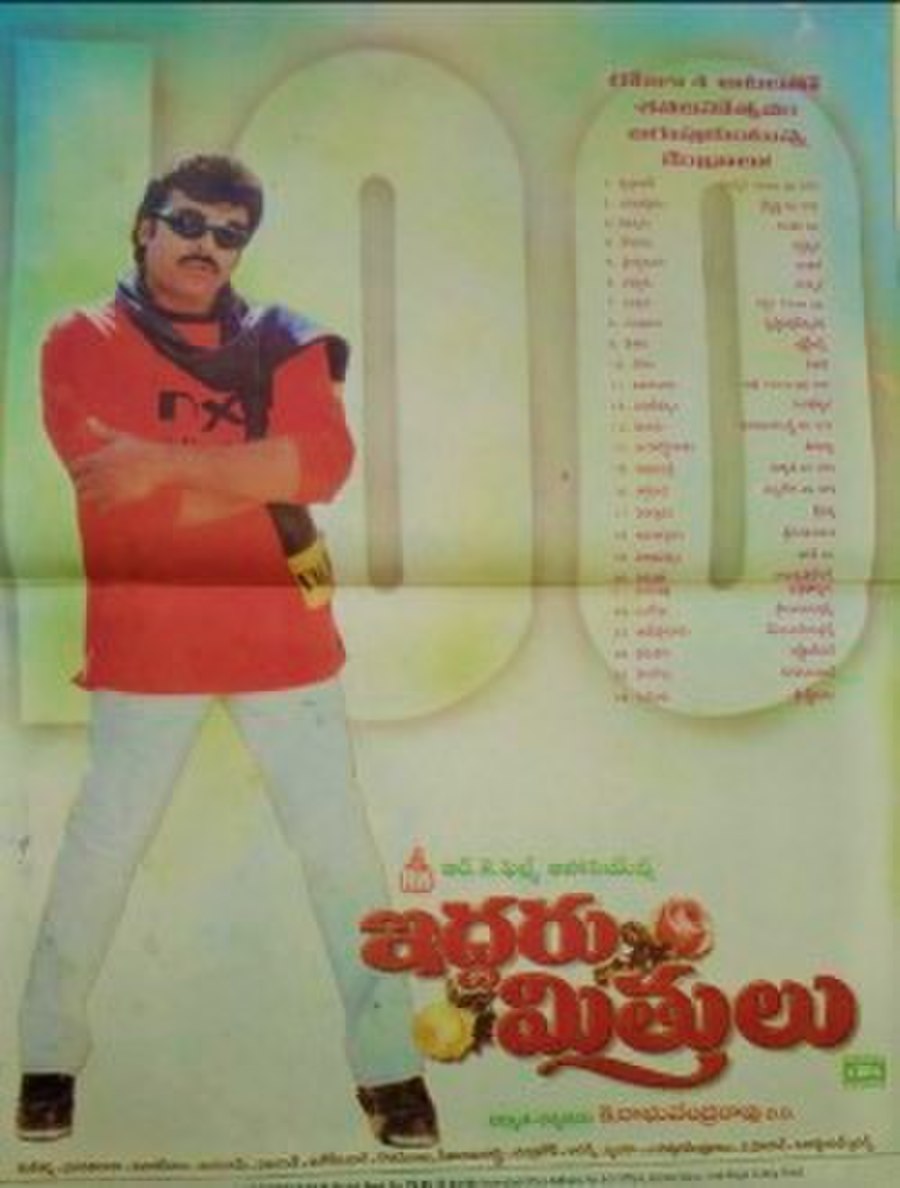 Iddaru Mitrulu is a 1999 Tollywood drama film which was directed by K. Raghavendra Rao. This film stars Chiranjeevi, Sakshi Sivanand and Ramya Krishna. The film was released on 30 April 1999 to positive reviews.

Vijay (Chiranjeevi) and Anita (Sakshi Sivanand) are best friends. They share their thoughts, happiness, and pain with each other. One day Anita finds love in a photographer, Prakash (Suresh) and marries him, while Vijay plays a lover boy and marries Shanti (Ramya Krishna). However, Anita's happiness ends when she finds out that her husband is two-timing her. Vijay consoles her but his wife is unhappy that he spends so much time with her and gives him an ultimatum. He chooses his friend and takes care of her and her unborn child and later reunites her with her husband. Anita wants to see her friend in a happy state as well and reunites him with Shanti. The film ends on a happy note, with the happy couples holding the newborn baby.