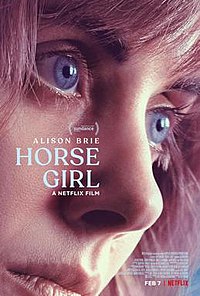 Sarah is a shy, introverted young woman who lives a quiet life and works at a crafts store. In her spare time she visits the grave of her mother, who died by suicide the year before. She also frequents the horse stable where her former horse - Willow - is boarded, and where she rode in her childhood; Sarah's recurrent visits visibly annoy the owners. On her birthday, she makes a feeble attempt to ask her Zumba class instructor to go out with her but fails to make her point. When her roommate, Nikki, finds Sarah home alone on her birthday, she invites Darren - her boyfriend Brian's roommate - over for a double date. The four smoke marijuana and have drinks, and Sarah listens eagerly as Darren reveals details about himself and his past relationship. After he leaves, Sarah has a bizarre dream in which she is lying in a white room with a man and woman.