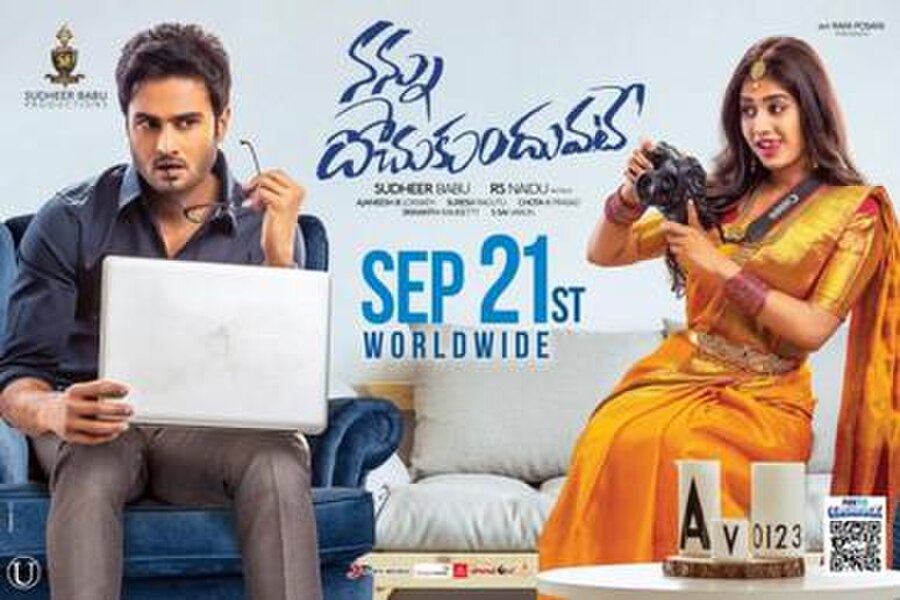 Nannu Dochukunduvate is a 2018 Telugu romance film directed by R.S. Naidu starring Sudheer Babu and Nabha Natesh in lead roles. The film is the maiden production of actor Sudheer Babu. The Music was composed by B. Ajaneesh Loknath.It's dubbed in Hindi Named "Pyaar Ki Jeet".

Karthik (Sudheer Babu) is a workaholic working in a software company dreaming of settling down in the US, A situation forces him to hire a short film actress Meghana/Siri (Nabha Natesh) to act as his lover, Meghana is Playful and full of life unlike Karthik who leads a boring life, After a few incidents Meghana proposes to Karthik through WhatsApp but is unnoticed by him due to his work pressure and she deletes the message. Suddenly karthik's father got sick and he said to Meghana and karithik to attend a wedding in which accidentally they got close and karithik started to love her ( meghana ). After coming from wedding he throughts to purpose to her but he heard that meghana promising to her mother that she will marry whoever her mother will choose in her favorite temple. Karithik felt sad and left the place. To there surprise Karithik 's father knew that they were not real couple and her name . They both were separated . On meghana 's wedding day karithik hurry and go her wedding but they found out that it was only a act. Fortunately the actor left the act and in place of him karithik came with this the movie ends . I hope you have understand