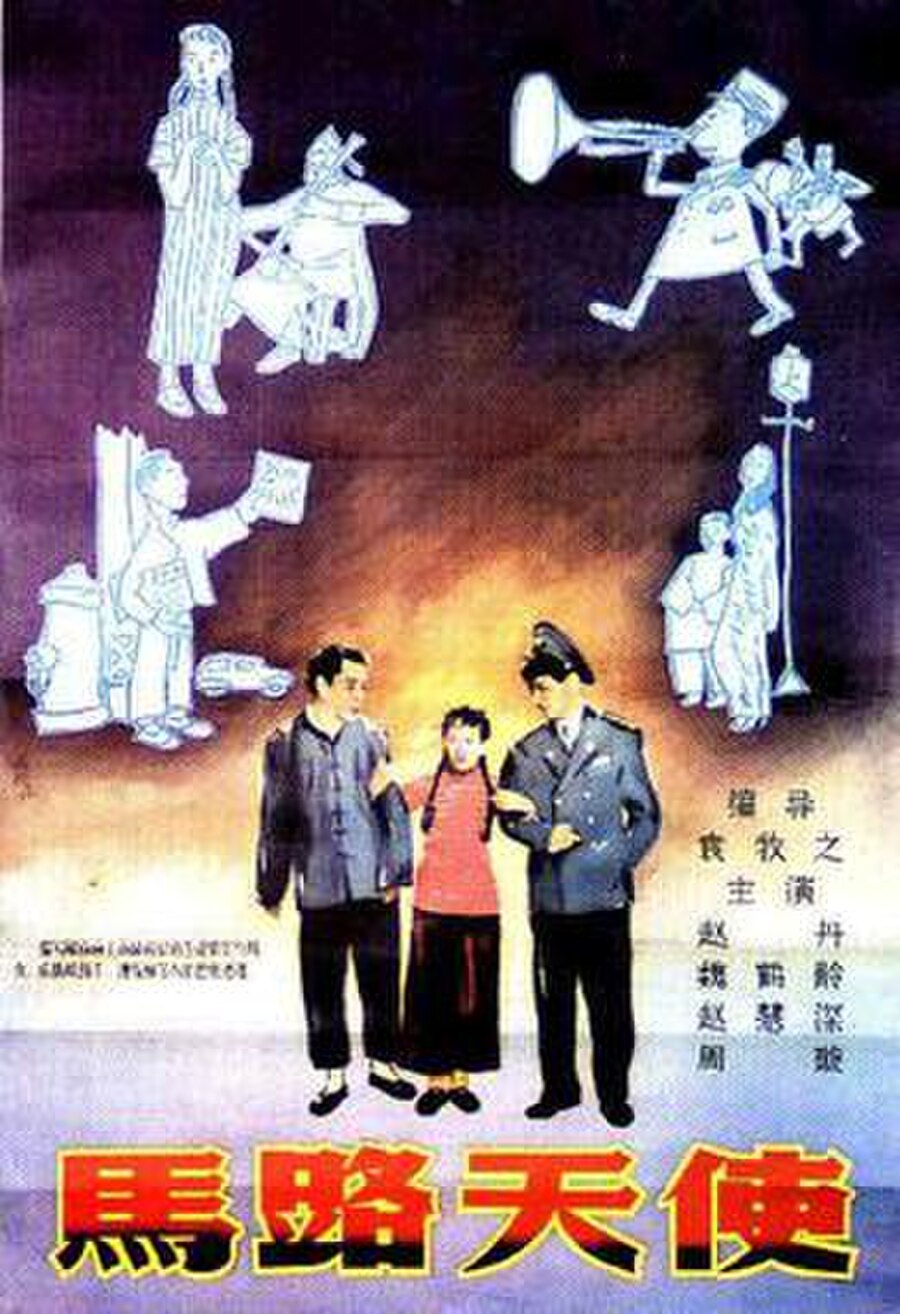 Street Angel (馬路天使), also known as Street Angels, is a 1937 left-wing Chinese film directed by Yuan Muzhi (袁牧之) and released by Mingxing Film Company. Starring popular Chinese actor Zhao Dan (赵丹) and iconic Chinese singer Zhou Xuan (周璇), the story is set in the slums of Shanghai, chronicling the lives of a band of downtrodden underclass outcasts: a tea house singer, a trumpet player, a newspaper hawker, and a prostitute. The film was released towards the end of the golden age of Shanghai cinema and is regarded as a masterpiece of the Chinese left-wing movement. It also alludes to some of the national struggles faced in China at the time, including issues around economic policy and military conflict. In addition, the depiction of an impoverished neighborhood in a modern city is a compelling examination of how modernization had affected China spatially during this era. The film’s setting is also a comment on the combined effects of modernization and colonialism in Shanghai, specifically.

Set in the slums of old Shanghai, the film begins with a wedding procession. Xiao Chen (Zhao Dan), a trumpet player in the marching band, establishes a romantic connection with his neighbour, the singer Xiao Hong (Zhou Xuan), who has fled the Japanese invasion of Manchuria with her older sister Xiao Yun (Zhao Huishen). With limited resources and connections, the two sisters are taken in by a couple that owns a tea house and made to work for them. Xiao Yun is forced into prostitution to make a living, while Xiao Hong works as a singer at the tea house.